Ready, set, “Engage.” Fiercely groovy and passionately hard-rocking, A•STASIS is back with their brand new single and music video for “Engage.” The intensely hard-chugging new single has a lot to like about it, a song reminiscent of the fast and relentless approach of ’80s hard rock.

Hailing from Austin, Texas, it’s an exciting time for A•STASIS, as they begin to reveal themselves as hook-rich hard rockers for a new generation. As you get to know them, you’ll discover their penchant for infectious progressive rock riffs, intertwined with funky pop sequences. They pride themselves on their versatility, and their ability to reel you in with only the best parts of progressive and hard rock.

Discussing the new single, bassist and singer Blaine Matte said, “‘Engage’ is a high-energy, hard-grooving, rock song that came together quickly and felt right from the beginning. It’s easily the shortest song I’ve ever written and there was never a doubt that this would be the debut release. The vibe and theme lean on a persistent feeling that we’re sliding closer towards dystopia.”

A•STASIS is a new act, but Matte is no stranger to the galaxy of hard rock, having been an integral member of Eyetooth, Quartershackle, and Entropist. Also featuring guitarist Skunk Manhattan, drummer Eoghan McCloskey, and guest saxophonist Steven Vague, the band credits Opeth, Queens of the Stone Age, King Crimson, The Melvins, Stevie Wonder, and Herbie Hancock among their most loved inspirations. Currently, the quartet is busy finalizing its debut album, set for release this summer. The record was produced by none other than Skunk himself, an experienced producer who has worked previously with A Good Rogering, Runescarred, Invincible Czars, and Quartershackle.

With a dynamic approach and lots in the way of experience, you’ll find yourself wanting to “Engage” at a much higher level with A•STASIS. 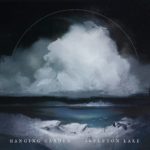 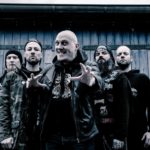