No Pro Tools. No Auto-Tune. Maybe a click track, but definitely no computerized studio wizardry. It was an honest and pure record — an organic collection in which rock, blues, country and folk all coexisted without conflict — back in a magical era when an authentic artist actually could get away with creating that sort of concoction. Not only did Rod Stewart “get away with it,” Every Picture Tells a Story, his third solo effort, proved to be a massive, platinum-selling #1 smash when it arrived worldwide 50 years ago this week (5.28.71) via Mercury Records.

After spending a couple of years developing his unique stylistic brand in a few blues-based British bands during the early and mid-’60s, Stewart achieved global recognition fronting the legendary Jeff Beck Group on the celebrated slabs, Truth (1968) and Beck-Ola (1969). Along with soon-to-be Stones guitarist Ronnie Wood and soon-to-be Who drummer Kenney Jones, Stewart’s next project, Faces, brought him even wider notoriety on both sides of “the pond.”

But, before Faces began ramping down, Stewart’s solo career already was revving up. His 1969 debut, An Old Raincoat Won’t Ever Let You Down, set the stage. His 1970 sophomore release, Gasoline Alley, solidified his solo status. With Every Picture, Stewart stirred an international sensation.

The acoustic guitar intro on the Stewart/Wood-penned opening title track was alluring — crashing quickly into a wall of rock splendor — accented by Wood’s famous strumming, tickled by Pete Sears’ crisp piano and energized by the soulful and seductive backing vocals of Maggie Bell. Stewart’s masterful storytelling skills cut sharply throughout the six-minute epic — My body stunk, but I kept my funk. A “slit-eyed lady?” Fabulous! Sadly, that transparent description would never even be uttered in today’s super-sensitive, short-sighted cancel culture. Nearly 30 years later, director Cameron Crowe used the song to activate a particularly powerful scene in his award-winning film, Almost Famous. And it worked — famously. An additional 20 years later, the tune’s shelf life has yet to expire.

One of the most noteworthy Side One moments was the convincing remake of the 1946 Arthur Crudup classic, “That’s All Right” — a boogie-woogie blues burner that would become the breakout hit for Elvis Presley in 1954. A seemingly random smidge of the beloved hymn, “Amazing Grace,” tagged onto the end of the track placed the rather unlikely “Pastor Rod” at the pulpit, perfectly.

Side Two is a faultless 20-minute screamer. Intended initially to be a single “B Side,” the track “Maggie May,” soon exploded — becoming one of the biggest hits of 1971 — second only to the Three Dog Night staple, “Joy to the World.” A gripping autobiographic account of a young man’s coming of age affair with an older woman, the mandolin-soaked mini-memoir survives today as one of rock’s most endearing standards. But, unless you live under a rock outside of Brunswick, or are a drooling Demi Lovato disciple, you probably know that.

And speaking of the renowned lute family member, “Mandolin Wind” was a sweet, unassuming standout — one of Stewart’s all-time truest, most heartfelt offerings.

A de facto Faces track, “(I Know) I’m Losing You” was brimming with urgency. The raw, guitar-driven remake of the 1966 Temptations hit was one of the record’s most formidable bruisers — pegged into red by Jones’ powerhouse drum contribution.

Although the record-closing “(Find a) Reason to Believe” already had been covered by an array of artists prior to 1971, Stewart takes the 1965 Tim Hardin heart-break ballad and claims complete ownership. More than 55 years after first appearing on Hardin’s debut LP, Stewart’s version still possesses the ability to evoke immeasurable emotion.

Today, the production sounds noticeably dated. Uhm, no worries, Mr. Stewart. I promise we can “fix” all of that in Pro Tools. The stories often are less than PC. Oww! I need a “safe space!” But the songs still strike a nerve. The performances (all delivered by “dick-swinging” humans) are still straight-up. In sum, Every Picture Tells a Story made no apologies then — nor should it have. And after 50 years, it serves as a brilliant, blameless time capsule. Take that one, Demi! 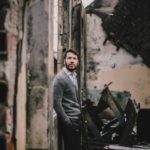