Philadelphia-based singer-songwriter Erin Fox released her sophomore album Fuzzy Logic on May 1st. Beginning a couple years ago and recorded three different times, the journey to this album’s completion was not brief. Eventually, with the help of John Kitzmiller (mixing engineer) and Elaine Rasnake (Philadelphia-based mastering engineer), the album has reached its final form and is ready to be heard by the rest of the world.

Each of the songs on the album discusses a range of complex subject matters, from insecurities to losses and gains, and “the agony of honest feelings.” “Fuzzy Logic” began as a philosophical discussion and eventually turned into a song that demanded to be written and recorded, and became the title track and basis of the album – a “reflection of the lack of communication and understanding between people of all different walks of life.”

Fed and inspired by a whole host of things, including family, loss, love, addiction, mental illness, losing, and then finding oneself, the album is also a product of Erin’s neighbourhood in Philadelphia, and the time she has dedicated to the Philly music scene. Having performed for nearly two decades in various outfits in the Philadelphia music community before recording her own music, Erin Fox is no stranger to the industry and has spent plenty of time establishing her own sound full of haunting harmonies, intense and poetic lyrics, and quirky chord structures. This album is no different, but Fox’s style finds new life in Fuzzy Logic, a body of work that demands to be heard.

Erin Fox has performed in various outfits in the Philadelphia music community for nearly two decades before stepping out to record her own music. She began working on her first full-length solo album, Forbidden Youth in 2017 and subsequent EP, Your Joy shortly after. She performed much of the material from her forthcoming release Fuzzy Logic for the NPR unprecedented sessions in the Winter of 2021. 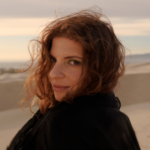 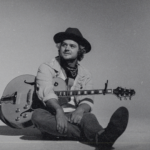