While the icons of the nu-metal scene, Korn, Linkin Park, Slipknot, became bigger than the genre they created, it would be fair to say that the following pack had mixed levels of success. However, while many of those early trailblazers of the nu-metal scene eventually faded away, in 2021, there is a whole raft of new bands emerging who have grown up on the likes of Korn and Slipknot and are bringing those influences screaming into the ears of a new audience. One of those bands, LA-based outfit Tetrarch, demonstrates exactly how to mix modern metal with the trademark elements of the nu-metal genre in their ferocious sophomore effort, Unstable.

A ten-track outing, Unstable sets you up for an explosive listen right from the opening bars of “I’m Not Right” demonstrating in those ferocious four minutes why this band is being lauded as one of the torchbearers for modern metal. “Lookin’ in the mirror and I hate myself…,” frontman Josh Fore has everything in his armoury to make him this generation’s Jonathon Davis or Jacoby Shaddix. His voice is packed with emotion, his lyrics are packed with angst and rage, and his delivery is faultless. “I’m Not Right,” “You Never Listen,” “Pushed Down,” they’re songs a whole generation of angst-ridden teenagers will lose their shit to. They’re songs that will, over time, become anthems to a whole new breed of young metal fans just as the likes of “Blind,” “Last Resort,” and “Spit It Out” did back in the ’00s.

As for the music, Unstable has all the traits of a great metal record. The music has massive hooks, it’s got aggression, it’s got energy, it’s got songs like “Sick of You” that are built for festival crowds, they’re dancefloor fillers at your local rock club, and they’re perfect to scream along to in your bedroom after a shit day at school/work. However, despite taking influence for a genre that first came to the attention of the world twenty+ years ago, one thing Unstable doesn’t do and that is sound dated. Sure, you can pick out Disturbed, you can pick out Korn, and you can pick out Linkin Park in those grooves, but there is a fresh, exciting feel to the whole album.

So, why should this new generation of modern metal bands succeed where most of their peers fell away? Well, you only have to take one listen to Josh Fore’s throaty, straight-from-the-gut vocals, and the emotion poured into his words to know Tetrarch aren’t a band who are simply following a trend. Tertrarch writes songs that their generation will connect to. Had a bad day at work? Being bullied? Relationship problems? Records like Unstable are from people who are going through exactly those same issues. One listen to songs like “Stitch Me Up” and it will instantly click with anyone going through those very same issues. Of course, time will tell if Unstable is to become a go-to album in the same way the classics of the genre did back in the ’00s but, from these first few listens, there is absolutely no reason why it wouldn’t. 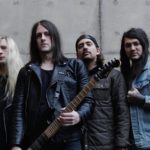 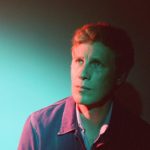