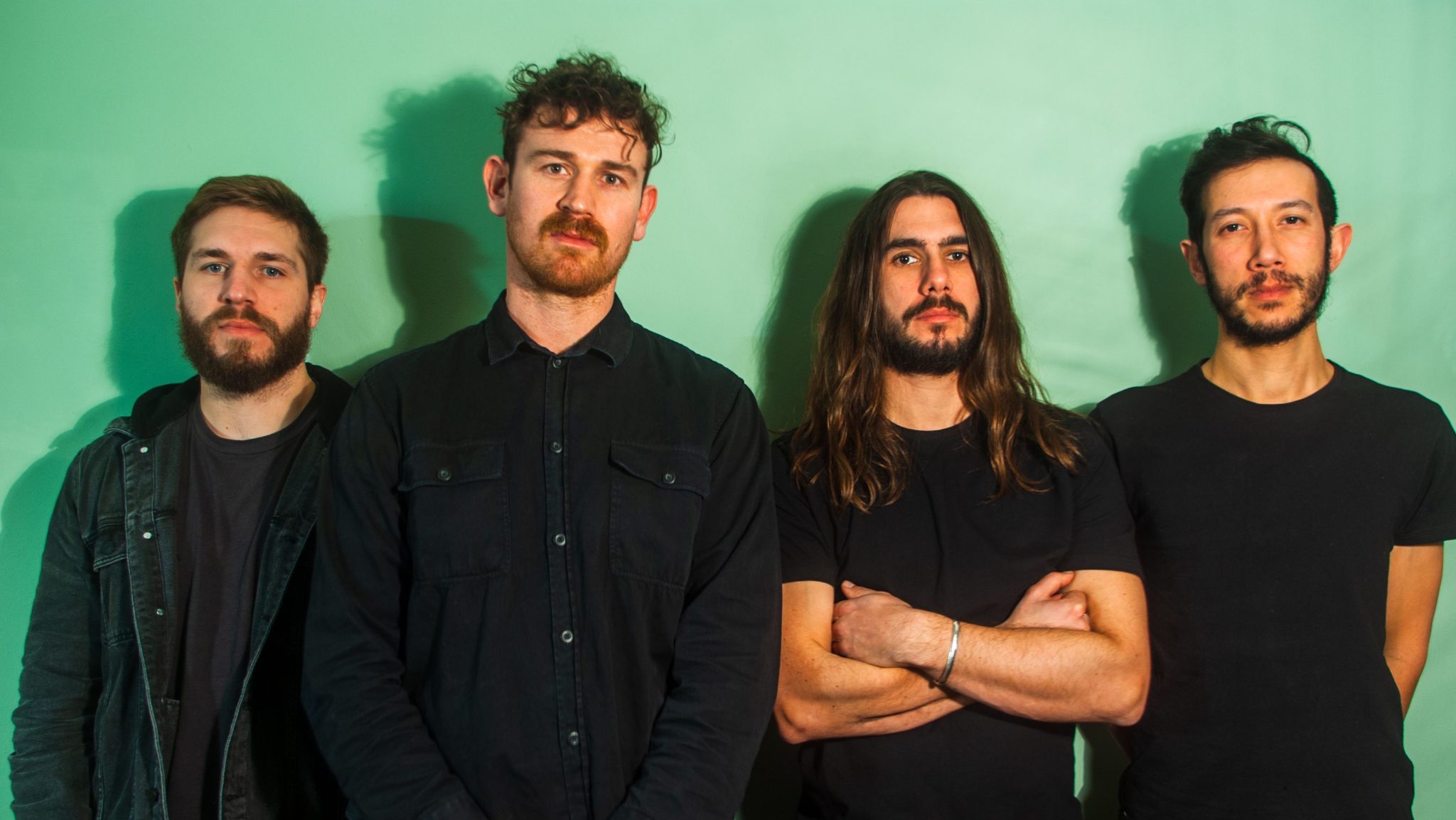 There can’t be anything more terrifying than realising how much of George Orwell’s dystopian classic “1984” is coming to realisation in 2021. With the COVID-19 pandemic wreaking havoc across the planet, and social media fragmenting society every day, it’s fair to say that humanity currently isn’t in a good place.

Taking inspiration from the fragmentation of modern life, alt-rock band Prosperina are set to release their most expansive piece of work yet in the form of new album, Flag on May 21, 2021. Ahead of the release of the album, the band are premiering their new single “Boot” with us today.

Talking of the powerful, provocative track, lead singer and guitarist Gethin Woolcock explained, “‘Boot’ reflects the slash and burn brutality of big state control on the working class and provincial communities, whilst simultaneously being a politically driven two-fingered salute rendered in audio format.”

Focussing on an oppressive dystopian society which sees the band exploring the emotions of loss, grief, and fear, guitarist Chris Dean had this to say about the album, “It’s a cathartic experience to listen back to these songs as they’re really close to us all. There’s a real heartfelt grit to them, which I hope people will latch onto.”

To find out more about the single and Prosperina’s thoughts on the future of society, we had a quick chat to their frontman Gethin Woolcock.

Gethin Woolcock: “Yeah – sadly for humanity, the last year has been another win for Orwell on the predictions front. The guy was some sort of seer.”

It’s taken from your new album Flag which, although not written during the pandemic, is inspired by modern life. Can you tell us about the themes on the album?

“The overarching theme is about how people will do unspeakable things in the name of a rectangle of cloth. What is a flag? Some flags seem to have come to symbolise ideologies that are harming man and the human spirit.

We’ve seen it all over the last 10 years – genocide, famine, migration crisis, war. It used to be relegated to the evening news but now its so much more in your face with all the access points we have. There appears to be a very outdated mindset in control that is dragging us backwards as a species. To quote a Native American saying: “Only when the last tree has been cut down, the last fish been caught, and the last stream poisoned, will we realise we cannot eat money.””

Considering it wasn’t written during lockdown and was recorded two years earlier. How do you feel about it being so in tune with what has happened to the world in the last twelve months?

“A friend of ours said the spoken word passage in ‘Boot’ (about a global pandemic that wipes out mankind) was like some sort prophecy, but my response to that is ‘you don’t need a weatherman to know which way the wind blows’. There are too many rotten apples.”

Are these themes something you will be exploring in future material?

“I think we might be done with those themes for a while to be honest, the last album (Harness-Minus) sort of laid the foundations for Flag in a way. Flag is an out and out statement about the world so we’ve done that now and maybe its time to retreat into a bit more of a fantasy land next time but who knows? I think we’re very driven by observations of the world we live in and have always had a veiled political edge, which has been unmasked to a large extent on Flag. You have to be kind of careful not to get too far down one alleyway – it can become a little depressing to keep exploring themes of doom – but ask that question again next week and I might say we’re doubling down on those themes.”

On a lighter note, the video is an animated video. Did you watch cartoons/animations as a kid and, if so, who were your favourites?

“Always loved the classic Saturday A.M. cartoons – Looney Tunes, Hanna/Barbera to start with, then maybe some BatFink, Danger Mouse, Transformers, He-Man! all the 80s classics. Great question – you’re making me want to go watch them all now! M.A.S.K – that was killer.”

So, ‘Boot’ is out now, Flag is coming out, over to you for the final words on what is coming up in the next twelve months for Prosperina…

“I guess we have to see where the world goes. It’s pretty weird for performing artists out there at the moment. We have a couple of shows booked – Black Deer in Kent (25-27th June), and Kingsfest in North Wales (27th-29th Aug) – but beyond that who knows. If we can’t play we’ll be figuring out a way to make another album I’d say. We have a load of material written already so if the pandemic continues to cause issues around travel and live shows then we might as well get stuck into something new for the sake of not stagnating. We’re very excited to release Flag right now though – we feel that its time has arrived and it’s on zeitgeist.”

Prosperina release their new album, Flag, on May 21, 2021 and you can pre-order your copy from here.