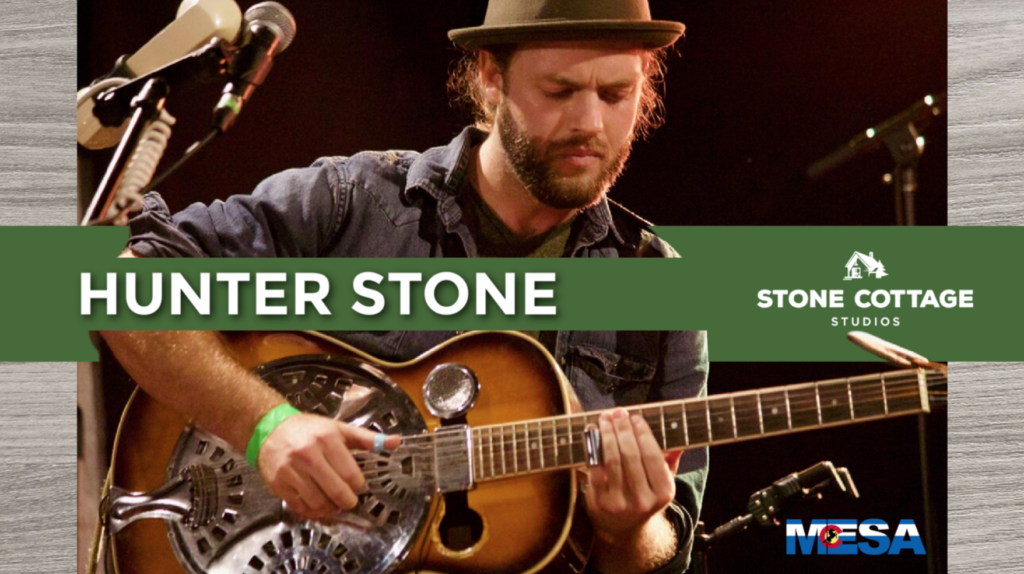 Stone Cottage Studios, a Colorado-based Music Discovery Platform focused on supporting and promoting both local and visiting musicians, is hosting local musician Hunter Stone for an entertaining night of live music via live stream on April 9. On April 2, the songwriter is slotted to release Portraits of the New/Old West, Vol. 1, the first volume of a collection of vignettes inspired by the West, past and present. Stone is heavily involved in the local music scene, from co-founding a monthly songwriting showcase to teaching lessons to fellow musicians. Stone’s signature slide playing has earned him notoriety in the Colorado music scene and has made him sought after as a lead guitarist. Stone’s show – and every SCS live stream until April 10 – will be donating part of the proceeds to the Colorado Healing Fund in support of the families who had victims of the Boulder Shooting.

Stone Cottage Studio’s live stream series has hosted and uplifted many local artists of all genres. Featuring 1080P video and audio for the highest quality viewing experience, fans are never let down by the shows. The organization has pivoted for the times of social distancing to continue to joys of live music for the Boulder community and beyond. Fans can purchase tickets for Stone’s performance and other live streams happening this spring here.

With his gritty, raw voice and resonator guitar, Hunter Stone has spent the last years crafting his own style of folk-blues. His songwriting echoes the simple melodic beauty of folk music of the past and his lyrical content paints pictures of the world we see around us.

Stone kicks things up with the stomp of a foot drum and the bent notes of a pinky slide, bringing his lyrics to life with the emotional honesty of his voice. Whether playing solo or with his band, Famous Men, Stone brings tasteful melodies and rhythms to the soundscape. His signature slide playing has earned him notoriety in the Colorado music scene and has made him sought after as a lead guitarist with other local acts like The Last Minute Blues Band.