You’ll be hard pressed to find a more proficient, determined band than the one simply known as The Frst. With the live music industry on what seems like a never ending hiatus, the group has taken advantage of this unwanted free time by writing and recording as much new music as you can handle. Just six months after the release of their debut full-length record Prelude, they have returned with the brand new single, and accompanying music video, for “This Is Me Now.” The song features alternative/indie artist Kid Brunswick, who gets the honour of being The Frst’s very frst guest star (see what we did there?).

The release of the song and video marks the start of a new phase for the band, which will culminate with the release of their sophomore album This Never Happened, set for release in the near future. “This Is Me Now” was performed entirely by singer and producer Mikei Gray, just as he did for most of Prelude. An emotional song, Gray made sure to lay it all on the line in the writing and recording process.

Explained Gray, “Entirely self-written and recorded, aside from Kid Brunswick’s vocals recorded in London the same day, ‘This Is Me Now’ was kind of our lighthouse at sea, or shining beacon so to speak, in that it gave us hope and kept us evolving through some tough times. Although it’s not our ‘frst’ song to discuss mental health, it’s our most open and honest. The recovery process is never easy and we wanted our listeners to know they’re not alone in their struggles. I tried to maintain that vulnerability by using entire takes and not just copying and pasting sections for consistency. It’s a big transition from ‘Prelude’ and I was pretty nervous about the reaction we’d see from the metalheads and punk rockers in our fanbase, but the response has been incredible. So far we’ve seen crossover appeal without losing any of ‘The Frst Family’ along with way and that’s all any musician can ever ask for!”

Bursting at the seams with heart and with enthusiasm, Gray has earned his keep, and then some, in the music industry. After about a decade touring with The Steve Miller Band, Portugal. The Man, The Village People, Sean Kingston, and more, Gray formed The Frst in 2017, with the simple goal to feel free and have fun while writing music. That’s the agenda that he took with him into the writing and recording process for Prelude, an album of driving guitars, sharp melodies, and authentic lyrics. Released last August through Missing I Records, Prelude performed very well commercially, even charting on iTunes Top 100 Rock Chart, which is no easy feat considering the major label competition. A self-assured individual, Gray knows exactly where he wants to take The Frst. With confidence and distinction, Gray is forging forward, ready to take you on the rock n’ roll ride of your life. 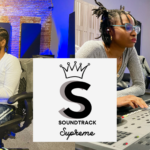 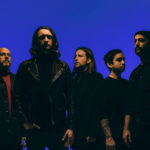 In Conversation with Erra: Jesse Cash on Progress Over Pride, Personal Process and What Already Makes Erra a Success