They may be feelings that we’ve come much too accustomed to, but believe it or not, some good can come from loneliness and longing. When it comes to songwriting, extended periods of pain and self-reflection often heed very positive results, which is again the case with Quiet Takes and the brand new music video for “San Fidel.” This is the title track of the brand new record from Quiet Takes, the name taken by singer and songwriter Sarah Magill to release her music by. “San Fidel,” as well as its accompanying tracks on the new album, are some of Magill’s closest to the heart, coming from a delicate place in which she found herself just prior to the writing of this album.

In between releasing her Ahem EP and recording San Fidel, she found herself in a precarious position when many of her personal relationships changed, and friends began moving away out of town. Lives began to move in different directions which shook Magill, but fortunately she funneled her uncertainty into her songwriting, with the goal of recording songs that require you to gain some comfort with longing and loneliness.

Discussing the motivation and the story behind the music video, Magill explained, “I walked past this empty pool countless times during pandemic strolls with one of my best friends and creative collaborators Haley Kostas. We’d walk, talk out all our 2020 anxieties, and laugh about how the sad, abandoned pool chairs reflected our general mood. It felt right to feature Haley in this setting for ‘San Fidel,’ a song about liminal times and places, and to call on Martha Banks (Nate and Ali Harper) to produce it. We all have lived and/or worked in the Westside neighborhood of Kansas City (or still do!); the video marks a particular season for all of us.”

As an album, San Fidel presents itself as a very focused work, the sound of someone who really knew what direction they wanted to go in. With all the turmoil in her personal life, Magill made the commitment to concentrate even more on her songwriting in an attempt to make art that requires becoming comfortable with feeling lonely. To do this, she began to place herself in certain advantageous positions that would likely heed better quality results. For instance, Magill is perhaps most productive and most creative while driving, when she blurts out whatever words come to mind, in the pursuit of crafting a catchy melody. The chorus for “San Fidel” was written in this very way, when she drove past San Fidel, New Mexico, and was then later reminded of it when she found a picture of an old San Fidel curio shop when she was online.

While it may seem deliberate, Magill’s intention wasn’t necessarily to write an album about loneliness at a time when everyone is very lonely. It just kind of happened that way and in these unsettling times we live in, it’s nice to know that we have artists like Magill and Quiet Takes to so eloquently express what we’re all feeling. 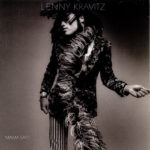