With her latest single, “Star 111,” and its accompanying music video, you could say that Mimi Oz hit the nail right on the head. Why are we so bold as to state this? Because you won’t find a song, or a video, that captures the emptiness of the moment quite like this one. Although it was written all the way back in 2016, “Star 111” catches the singer-songwriter at a vulnerable moment. Emphasized by its minimalist approach of just acoustic guitar and vocals, the lyrics are squarely focused on issues of safety, intimacy, and vulnerability.

There has perhaps never been quite as vulnerable of a time than right now, something the video looks at with it cutting back and forth between dancers/choreographers Gabrielle Malone and Andrew Robinson, director of New York’s Metropolitan Opera, dancing in an empty room, and the cold and dreary atmosphere of Oz singing alone on the Brooklyn Bridge. The song itself deals with the need for protection and security in a relationship, and also alludes to the nature of relationships during the pandemic, with the associated ramifications that will come from its effect on mental health.

Said Oz, “‘Star 111’ is about feeling safe and secure in your ability to love and knowing if you don’t, that’s not love. There’s a huge increase in domestic violence because of COVID-19, and the male character has a sense of darkness around him.”

Released this past Friday, Growing Pains is Oz’s latest studio record. “Star 111” holds a special place on the album, with it being included as the last song to be added to this collection. It’s also significant for it’s the record’s most unique song, with its slowed down and acoustic focus standing in stark contrast to the more produced, intense numbers that you’ll find on Growing Pains. This is Oz’s third studio album, recorded party in Toronto, and partly in Brooklyn. A solo career is something that’s relatively new to her, with Oz also an active member and contributor to U.S. pop-rock group The Come On, which features her close collaborator Sam Barron. The Come On also has new music on the way, with two singles to come in the springtime.

There’s no mistaking the difficulties of the present, but perhaps Mimi Oz can provide some safety and security for you with her words and her voice. 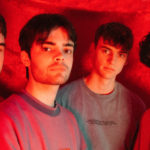 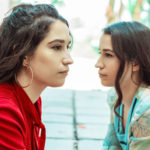