Springtime is on the horizon, the sun is rising earlier, and shining longer, so it feels like it’s about the right time to give you a glimpse of what Paradise sounds like. Songwriting duo Macedo have arrived just in time for the changing of the seasons with their new music video for “Stronger Now,” off of their debut EP Paradise, due out on March 26th through Pasadena Records.

Referring to them as a duo is actually the biggest understatement you’ll hear all day. Macedo is made up of Michelle and Melissa, identical twins from a mixed-race Indian and Latino background. They have been fully invested in music for years now, but it wasn’t until the beginning of last year that they made this into a full-fledged career, with the release of their first single “Can’t Imagine.” There’s a reassuring tone to “Stronger Now,” with Melissa’s chantable affirmation of “It’s going to be ok even in the face of hope and despair.” It’s characteristic of their general goal when it comes to music, to create a place of belonging with empowering songs that promote togetherness.

With some insight on “Stronger Now,” the two singer-songwriters said, “This song is inspired by the perseverance that we’ve witnessed and experienced in the past year. We wrote and recorded it in quarantine to remind ourselves and others that there is always hope. We want the song to resonate with people who are still struggling. We are all more resilient than we think.”

There’s a very interesting story behind all this. The girls grew up in a house that literally seemed haunted, built on a collapsed silver mine, with doors opening and closing on their own, lights flickering on and off, and an overall ghostly energy to the home. They first performed together in high school and soon started gigging around Southern California. Aside from tours with actor and musician Anna Akana, Michelle and Melissa are also actresses, appearing in Netflix’s Girlboss series, as well as the horror film Every Time I Die, and 2017’s Blood Heist starring James Franco. With their recent signing to Pasadena Records, Macedo are currently using this time to expand their musical horizons and further inspire their growing following of loyal fans. 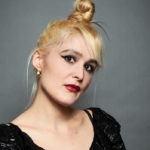 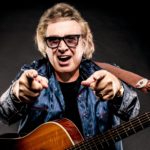