Lora Kelley is continuing her course of transforming common human experiences into beautiful, strong songs that empower listeners to not feel alone in their struggles. “Beautiful That Way” (released on March 19th) is a reminder to embrace every part of you. The song is a relaxed, breezy blend of folk, Americana, and country vibes with solid lyrics that will resonate with women everywhere.

As Facebook began suggesting ads on fertility, skin silicones, and lingerie to “keep it fresh,” Kelley realized the message that was being blasted towards so many adult women was both “stay young and sexy to be beautiful,” while also telling them “beauty only gets you so far.” It had her asking herself, “why is my beauty being defined by anyone but me?” From how to dress to when to have kids, the messages that Kelley and so many other women are ingesting on a daily basis go beyond mere suggestions. Kelley describes the societal pressure as “cognitive dissonance on crack.” The words in “Beautiful That Way” describe the discovery of the unique kind of self-love that only adult women understand. “As I stepped into my 30s, I felt this invitation to come back to myself,” says Kelley. “I had to peel back the pieces layer by layer and ask myself what it looks like to exist from the inside out.”

“Beautiful That Way” is a perfectly timed release to allow women to feel not only comfortable, but also fabulous in their own way. In a period when negativity and self-doubt are society’s strong suits, Lora Kelley is standing up to be a beacon of light and confidence for women who resonate with her music. “At some point, we’re all invited back to ourselves, to step into the integrity of what we’re made to be in this world,” says Kelley. “And it’s to enjoy our beauty. Our way. How we define it.”

Kelley herself has been acclaimed by top music-tastemakers including No Depression, The Boot, Elmore Magazine, Great American Song, amongst others. Described as “polished pop Americana with a darker lyrical edge” by Americana UK and praised for her “distinctive voice” by No Depression, Lora Kelley finds a way to step between the time of ingenue and the silvery-haired later years of womanhood, pressing into the gentle magic of middle-life.

Looking forward to the release to come this year, Kelley’s new album Domystique promises to be a whimsical look at domestic life, exploring the middle space between youth and old age and what comes with it. Whether she is singing about the childlike perspective, the complexity of being an aging woman, or exploring the nuance of female-driven hospitality, Lora has brought to life a collection of lyrics and music inviting the listener to attune to their own heart’s experiences.

As a devoted wife and mother of three, Lora balances a tender eye on life’s middle age with the ache of both looking back and looking forward. Typical for Lora’s lyrics, the listener finds themselves in habitable spaces, moving around as if in a well-known room in one’s own house. With thoughtful acoustic guitar and gentle ambient textures, Lora’s vocals illuminate the stories with a “come sit with me and let’s trade secrets” sensibility. Three years in the making, this album is full of both broad and decisive strokes perfectly suited for today’s accounting of both beauty and losses. 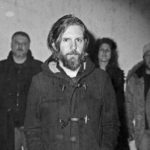 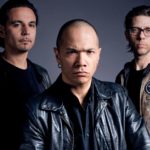