Over 20 years into their distinguished career, Cavo are going forward by moving backward. The band has taken this time off from the road to be productive, as far as releasing music goes, looking back to their past to find some of the diamonds in the rough that never saw the light of day. The four members have been sitting on a lot of previously unreleased material, which typically means songs that an artist or group is not very proud of, and would rather permanently leave on the shelf. In this instance, these are songs that the members feel are just as strong as the ones that have made it onto their album releases.

Amongst this goldmine of unreleased work is a reinterpretation of “Come Undone,” one of ‘80s pop band Duran Duran’s most notorious tracks. Any fan of Cavo would know that “Come Undone” has become a staple of the group’s live set over the years. This is a rocked-up version of the song, featuring some rich vocals from singer Shannon Roc, that the group has emphatically, and impressively, put their own stamp on.

With regards to the song, lead singer Casey Walker said, “This is a song that we’ve played for years and it’s one of our favourite covers to play live. I mean who doesn’t love Duran Duran? We started playing this song back in 2007 and we don’t plan on stopping. We actually had a version on a demo EP that was a local release here in St. Louis and when we’d play it on the road we’d be asked where they could find a copy of it but it wasn’t available anywhere due to it being such a small run locally. Well, we decided to redo it and release it to the world. We even shot a video for it with the talented director J.T. Ibanez.”

Ibanez is highly regarded for his work, shooting videos for acts such as P.O.D., Smile Empty Soul, Slaves, and other Cavo songs, so it was a no-brainer for the band to work with him again. Much of this unreleased Cavo material is composed of unused songs that were written and recorded between 2008 and 2016. A lot of it comes from the writing sessions for Bright Nights Dark Days, Thick As Thieves, and Bridges. To help broaden their horizons with these unreleased songs, the band has teamed up with The Label Group to release them to a wider audience. In addition to these new releases, Cavo are also back at the drawing board, writing and recording new material in plans of releasing a new album later this year.

Touring would certainly be nice at the time of year, but since they can’t do that, Cavo are doing what they can to keep their fans happy, further illustrating the unbreakable bond they continue to maintain with their audience. 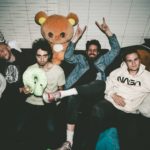 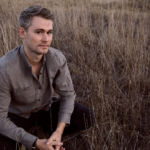 KTL Debuts with ‘Hush,’ A Unique Combination of Fingerstyle Acoustics and Lyrical Stories