There’s a fire burning within young Victoria Anthony, and there’s no putting it out. The young artist released her debut album Real Life this past October, a ten-track culmination of years of hard work and determination, slowly but surely improving herself as a singer, an instrumentalist, and a performer.

So much more than just a singer or a songwriter, Anthony is involved in every phase of her music and her career, from writing to production, to recording, to mixing, and to mastering. She also conceptualized the design and release of Real Life, its artwork, and the music videos that have accompanied the single releases. Conceptually, the record is about living in the moment and striving for what you truly want. There are both good parts and bad parts to life, and Anthony acknowledges that there’s fulfillment in both. The best thing we can do is just embrace it, learn from it, and become better from it.

Anthony recently released “Breathe Underwater” as a single, complete with accompanying video. It’s a simple yet dynamic video that’s not only moving but very illustrative of the singer-songwriter’s breadth of talents. We recently spoke with Anthony to go behind-the-scenes of her latest video where she shared some of her views on music videos, her experience handling this video, and how the audio and visual components match up with each other. She was also nice enough to share with us a special behind-the-scenes video where she discusses the creative process.

“Our special projector/light turned out to make too much background noise, so we had to hide it a step-ladder’s length away, and continuously turn it on and off.”

Any concepts where you started and, midway through, thought “what the hell are we doing?”

“Our initial plan was to have lighting behind myself and the other performers in the video. Due to the projector causing a distracting glare, we had to move it to above. This ended up giving us a lovely water-looking effect, so it worked out perfectly!”

“If money (and sound) were no issue, I would love to do an acoustic rendition of ‘Breathe Underwater’ in the ocean!”

“Taylor Swift. I don’t know where she’d go, but she is always welcome.” 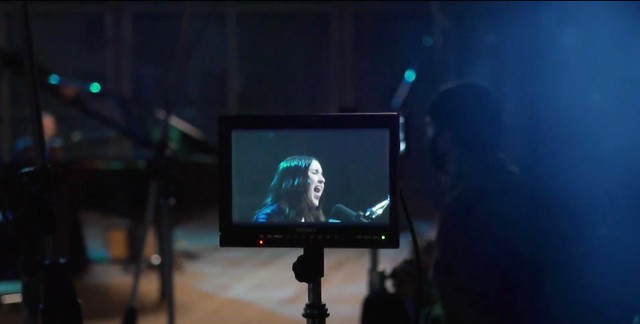 “I chose the grand piano for both sound and visuals. The sound is graceful, while the look is stunning. I also wanted everybody to be alone within their respective performances. For me, this reflects the meaning of the song regarding standing up for yourself and shutting out the world in a way. This also worked well to help maintain our social distancing efforts.”

“I am in that exact process right now. As I’ve been creating new music, I thought of this idea. The idea and a matching song I’m working on are both in the works. I can’t tell you too much quite yet, but let’s hope it happens!”

“This live performance video has been incredible, especially during the times of COVID-19. I feel like we all miss live music, in a fun way and in an exposure way, so being able to perform live in an unconventional way has been amazing. It was such an honour to perform for such a prestigious organization such as the Grammys. Their platform is perfect to engage with music lovers.”

“Social media is everything these days. It is the best way to reach a large audience and share music with my fans.”

“With new technology, music videos can be much more cost-effective. People make music videos because they love it, and being able to do that is a beautiful thing. I mean, you could make a music video with an iPhone and cheap editing software these days. I bet it would look great, too.”

“I think it totally depends. An evocative video is a good video, in my opinion. Whether it makes you sad, excited, or inspired, a music video produced any way can be good.”

Does the “Breathe Underwater” video have a concept and, if so, can you elaborate on it?

“The Recording Academy/Grammy Organization asked me to perform an original song for their platforms. I chose my song ‘Breathe Underwater’ because of its evocative meaning and beautiful arrangement. I knew immediately that I wanted other musicians to join me on the track to build up the sound. Visually, I wanted each of us to feel alone, in an empty warehouse, but also together, in an unusual way. This symbolizes the power that music holds in bringing us all together, especially in times like these.

While directing this video, I enjoyed watching each musician’s performance, allowing them each to shine at what they love the most, playing music. This video to me represents intense emotion, stunning visuals, and powerful music.”

Tell us more about the crew who worked on the video. Who did it include and how did you put together the team?

“I got to work with a lovely crew to make this video. During times of social distancing and video chats, it is always nice to see some familiar faces (masked up, of course!). Everyone on set was so good at what they do, and each person was vital in making this video come together. Please check these incredible people out! Here is everyone who created this with me: 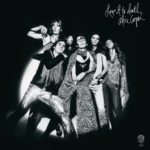 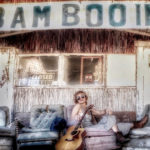