Dark-pop singer-songwriter Ashley Zarah released an electronically driven music video for her new single “Ashes In The Sea” on March 19th. The new video follows the release of Zarah’s LP Better Mess, which was released last year. “Ashes In The Sea” is a Persian-influenced song about rebirth and resurrection. “It’s about cremating an old self, even a perfect self, and watching new life emerge from the ashes,” Zarah said.

The song exudes spiritual and tribal senses. With the weight of the drums and twang of the sitars, listeners feel as though they’re being purified by ancient ritual. “I always make this joke that my ancestors were fire worshipers from Mesopotamia doing sword dances around their horses,” says Zarah. “I’m not far off though, the Persian Empire was a Zoroastrian one. Zoroastrian ideology is the backbone of Iranian culture and I wanted to pay homage to what they’ve taught me.” The erratic production changes are placed throughout the track to remind listeners of the storm and chaos that come with real transformation.

The single is released exclusively via a moving video that captures the vast desert and contrasting colours of the unique kaleidoscopes that make each person special in their own way. “Change and rebirth ain’t a pretty thing,” says Zarah. “It’s exhausting and time-consuming.” Zarah hopes that through watching and listening to “Ashes In The Sea,” listeners will feel comforted to be themselves and experience the journey of personal transformation, in whatever way they need.

Ashley Zarah is an Iranian singer/songwriter and dark-pop performer hailing from Los Angeles. Merging millennial pain and pop culture, she is convincing pop listeners to feel something honest again, the way she felt during the emo wave in the early 2000s. As a young kid who struggled to identify with those around her, Zarah decided to invent a space of her own; one that welcomed colour into life’s darkest truths; hence, the home of dark-pop.

Despite coming from a background of non-musicians, there was no shortage of music in the house. Zarah was raised on artists ranging from Pink Floyd, Madonna, and Natalie Cole, to Iranian stars such as Sima Bina, Dariush, and Haydeh. Scouting on her own, she would discover even more eclectic inspirations like Christina Aguilera, Linkin Park, The All-American Rejects, Justin Nozuka, and LIGHTS; all who inspired her to pick up instruments and gear to perform the songs we hear today.

While on scholarship at the highly prestigious art institution, Berklee College of Music, she revealed herself to be both a prolific writer and expressive vocalist; though mostly sought after for her relatability and insightful songwriting. She has since been featured on NPR’s Buried Treasures, BuzzMusic LA, GirlTalkHQ, Authority Magazine, EDM Nations, and twice debuted on the world-renowned music editorial, The Hype Magazine.

An advocate for mental health, suicide prevention, and gender equality, she is on a mission to teach and heal her generation to speak their truths and enjoy their lives rather than simply surviving them; proving to audiences that no pain is worth the disposal of a life. 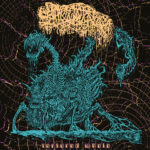 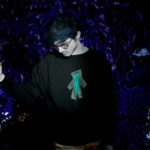 Arise, Sir! Redefine Pop Punk With the New EP ‘It Could Be So Simple’ [Premiere]