Relatable, no nonsense, and tons of fun are some ways you may describe The High Plains Drifters and their addictive sounds. Led by frontman Larry Studnicky, the band recently released the undeniably groovy and catchy new single “Since You’ve Been Gone,” the first single off of their forthcoming sophomore album, which will be coming at you later this year. While the song was just released, Studnicky wrote “Since You’ve Been Gone” many years ago, when he was much younger, more naïve, and more fragile. He felt that he had found the woman of his dreams, but unfortunately the relationship came to an end and Studnicky came emotionally crashing down. Despite this state of pain he was in, Studnicky was able to gather himself creatively, and write one of his most memorable songs yet.

Emotions, love, and human relationships is typical territory when it comes to The High Plains Drifters and their songwriting. Studnicky views the band’s songs as three to four minute narratives, equipped with a story, with some drama connected to it. Their ultimate goal is to write relatable music that will make you stop, listen, and think to yourself “yeah, I know what they’re talking about” or “oh, I know how that feels.” It all makes this a musical act that is hard not to like.

Music is great and all, but there’s no denying that it goes better with a drink in hand. Studnicky has been known to enjoy a beverage or two, so we caught up with him for another chat as part of our 190 Proof series in which he discussed his favourite drinking game BLOW PONG, stories of dive bars of the 1980s, and of course, his worst hangover.

Larry Studnicky: “My worst hangovers occurred, from identical causes, in two successive Septembers, at the end of the first week of classes of my junior and senior years at Princeton University. The drinking game that I am about to describe was the kind of inspired insanity that only kids who don’t know better could conceive. I am reliably informed that the State of New Jersey later passed legislation to outlaw this and similar drinking games.

The game was called BLOW PONG. This is not the milder (for pussies) ‘beer pong’ familiar to too many of America’s college-aged youth. For a visual depiction of what I describe, please see this short film on YouTube, entitled The Golden Age Of Blow Pong (or, Why I Chose Princeton!).

BLOW PONG was played, for about ten years, between two of Princeton’s private ‘Eating Clubs,’ in a more innocent era when the legal drinking age was still 18 (as it should be now; for if a man or woman can take up arms to defend and possibly die for America, then America should allow that person to drink!). The Eating Clubs are our equivalent of fraternities, the Greek system having been banned by Princeton’s President Woodrow Wilson (who must have hated both Blacks and Greeks).

I was a member of the University Cottage Club (the club of F. Scott Fitzgerald, John Foster Dulles, Bill Bradley, and Bob Mueller, among others). I was on the Cottage team for two years. The opponent club was Cap & Gown. The game was held in the backyard of Cottage.

Each of Cottage and Cap fielded a team of eleven men. Each team of eleven would kneel, at lip-level, around a ping pong table from which the net had been removed. Each team placed seven men along one long-side the table and four men along the short-side. Each position was appropriately named: On the long side, in the center was the guy designated a ‘center blow.’ Immediately to his right and left were ‘right center blow’ and ‘left center blow’ and, next to each of them one found, respectively, ‘right outside blow’ and ‘left outside blow.’ On the table’s short side, the positions were designated similarly but using the moniker ‘wing blow.’

Each contest was preceded by elaborate rituals, speeches, cheers, etc. Hundreds upon hundreds of Princeton students gathered to watch. As the game occurred at the end of the first week of classes, it was one of the official marks that school, and all the good times it brought, was fully in gear.

The team members usually had uniforms and nicknames. To this day, my former teammates and I still greet each other with various derivations of our BLOW PONG names. In the contest held my junior year, I was Larry ‘It’s Sticky’ Studnicky, and the following year I became Larry ‘It’s Still Sticky’ Studnicky. I hesitate to name some of the other guys, but WTF, here goes: Don “Late Nights’ Seitz; Kevin ‘Do It Twice’ Weiss; Tony ‘My Sister’s a’ Horvat; and Bruce ‘Stroke My’ Petersen. (Forgive me old friends, but we are at a time in life now where people cannot significantly hurt us over these shenanigans of decades ago.)

In BLOW PONG, at the start of the game, a ping pong ball would be placed in the very center of the table. Each team was then charged, using lung power alone, to try to blow the ball so that it either (a) went off one of the table sides being defended by the opposing team, or (b) hit one of the opposing team in the face or on his head.

When your team was scored against, the entire team had to chug a 12-ounce beer, on the playing field, in sight of all. There was no way not to drink the entire beer. There was only one break allowed, after one team was down eleven points, that was for using the bathroom, which usually meant one was both peeing and puking, to get at least some of the alcohol out of one’s system. If you had to pee while the game was ongoing, you had to pee directly onto the playing field (generally with your teammates encircling you to provide some privacy, but such a circle was known to be mischievously broken in mid-stream).

So, I played on two successive losing teams; meaning that, within about 90 minutes on a Saturday afternoon, I had chugged 21 twelve-ounce beers. I have never been so drunk. I was drunk well into the next Sunday morning. Each year, I then swore off all forms of booze for… well, let’s say at least a few weeks.

Shockingly, nobody ever was hospitalized. Then again, most of us did ‘train’ for the game, usually by trying to ensure that we had some beer continuously in our systems for the week leading up to this legendary contest.

This was the Ivy League as I knew it, closer to Animal House than to The Paper Chase or A Beautiful Mind.”

“I think we’d have to call the band The Donkey Piss Tequila Smugglers.

Donkey Piss is a real brand of Mexican Tequila, but I’ve never had it. I am not a fan of clear liquors. I prefer to KNOW that I’m drinking something. I don’t want it sneaking up on me. I want my booze to smack in the mouth from the first sip. As a result, I tend towards full-bodied red wines (Cabernet and Malbec) and single malt Scotch whiskeys.”

“We are a New York City-based band. I’d have to go with tap water, bottled in Manhattan. Then we’d add that into a nice single malt Scotch over a few ice cubes.”

“You know what? In the Manhattan of my youth, the 1980s, the best dive bars didn’t really have names, and they often weren’t just ‘bars.’ They were the ‘after hours’ clubs that opened when the regular bars and clubs shut down at 4 am. You’d go there, often in a last-ditch effort to meet a gal, but more often you’d stumble out around daybreak and hail a cab for the long, humiliating ride home (alone). I really can’t recall the names of any of those joints, and I only vaguely recall where they were located. Usually, in some still-ungentrified neighbourhood, which back then often meant what was called Alphabet City.”

“When our high school crowd first started drinking, back when America was enlightened enough to have the legal drinking age at 18, I recall there was a lot of cheap watery American beer around. Money was tight, gas was super-expensive, and we just didn’t know any better. So, we drank Budweiser, Michelob, Miller and the like. As the years have gone by, I’ve gravitated mostly to full-bodied red wines, single malt Scotches, and beer in two categories, Mexican, like Corona, and almost any German-made Pilsner.”

“This is in a hypothetical alternative universe where I am unmarried and a little bit younger, right? Ok, going on that assumption…

“That is a REAL thing? God, how I sometimes am glad I’m older now. Wow.

That’s absolutely moronic. I think those kids are almost dumb and crazy enough to play BLOW PONG. I have newfound respect for America’s youth. The country is in safe hands.”

“No, I’ve never puked on a fan. But once I puked on an air conditioner running on high, with a similarly bad effect.”

“Whenever my family and I are on vacation somewhere warm and sunny, I indulge in classic, rum-based umbrella drinks, a pina colada or maybe a strawberry daquiri. For me, drinks like those, ideally imbibed at a swim-up bar, enhance the sense of remoteness and escape from real life. Usually, I pair my drinking with reading whatever tabloids I can find at a local supermarket or convenience store. The stories in the tabloids also seem disconnected to reality, and so are often best considered while a bit buzzed.

But then, as I read those stories, I inevitably start reminding myself of something about which a work colleague advised me long ago: ‘Always read the tabloids, because they are TRUE stories, not fiction, and the tabloids often break the news first. Remember always that the tabloids are subject to the same laws of libel and slander as are The New York Times and The Wall Street Journal. If the tabloids printed falsehoods, they’d be sued out of the business. But they’re still here.’” 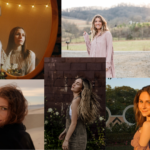