One of the great shames of the pandemic is missing out on all of the bands who can’t help but thrive on stage, like Montreal’s Yester Daze. Formed in 2018, the trio was really starting to leave its mark on the local scene, thanks to their stated desire to light it up every time they take the stage. They rode that momentum right into the recording of their debut EP, Yours To Follow, last year, which saw its official release at the end of last month. The album offers a steady balance of heavy riffs and pop melodies, with lyrics that will resonate with younger generations who are striving for something new and something more ambitious. If you like feel-good grooves and uncompromising melodies, then you’ll find a lot to sink your teeth into with Yester Daze.

What goes well with grooves and melodies? Why alcohol of course! This is why we caught up with lead singer Brandon McShad and bassist Zach Lemmay for our latest 190 Proof interview where we discussed hangovers, their best drunk band story, and writing music after a few drinks.

Brandon McShad: “I was at one of my cousins’ communions and there was red wine at every table and I sat with a family friend who recommended I gave it a go, as I’m an avid wine drinker. It was very smooth and delicious, but unlike most wines, it didn’t sneak up on me but rather slammed me like a brick wall. It was 4 o’clock in the afternoon and I was still in my bed dying.”

Zach Lemmay: “A few years ago, after an evening shift at a restaurant, some coworkers and I met up at one of our places. It was probably the most I’ve ever drank, and we didn’t stop until 3-4 am. But what really made this the worst hangover ever was that most of us had to wake up barely four hours later to go back to the restaurant for a morning shift.”

McShad: “Disaronno. Because it just relaxes me and I feel like an adult saying I drink liquor. But in all seriousness, it calms me down enough that I can still function but I might be a lot less anxious.”

Lemmay: “I mostly like to write music without a drink in me, I usually go for a little joint instead.” 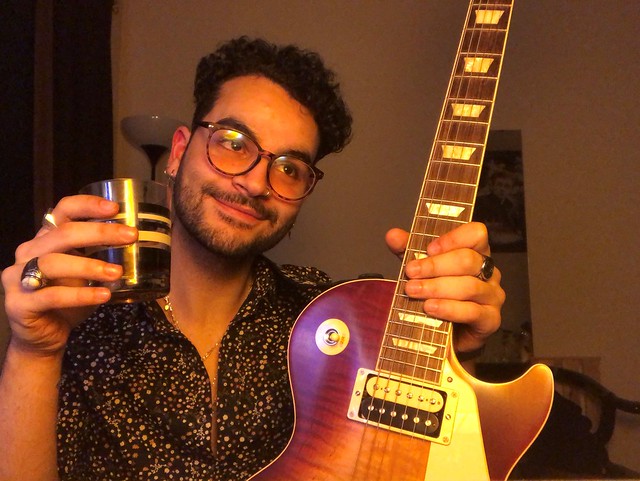 McShad: “Really basic but just some sort of blonde beer. I personally love Stella Artois, but anything will do. In Montreal, Boreal or Molson Canadian is the most common at gigs.”

Lemmay: “I’m with Brandon on this one, a beer or two is always great before a set.”

McShad: “One of our first nights as a band was in Toronto, after a show, we were at a bar downtown that my sister actually worked at at the time. We didn’t get shitfaced or anything but it got to the point where anything and everything was funny. I remember at one point, ‘Broccoli’ by Lil Yachty came on and the oversaturated lo-fi like bass sounds that would hit like once every few seconds just killed us because it just sounded so ridiculous. But that same night, I realized I love spending time with these guys because we are all idiots.”

McShad: “Before one of our first shows, I had a little too much before heading on stage, not that anyone could tell. But I could, and during the first song I almost fell on stage and I tend to belt as a singer and really go for it. Well, not the best idea as I almost threw up on one of my higher notes.”

McShad: “Red wine, because moms love me. But at the same time, red wine really wants to be liked, but isn’t by many, even though some pretend they like red wine.”

Lemmay: “Bloody Caesar, couldn’t tell you why though.”

McShad: “I don’t usually pick fights, I just grow fonder of people and lose my filter or whatever filter I have left. I just love people and want to cuddle. But I kind of also become a dick because some people will try to roast me and I’m simply not roastable, so that combined with my lack of filter, makes for a great time.”

Lemmay: “I don’t tend to get very aggressive when I’m drunk either. I definitely get more talkative and fond of people as the night goes on, but I’d also be the guy (lovingly) roasting Brandon.”

McShad: “Alcohol. Just straight up Smirnoff or something and explain it’s going to burn and you might do dumb shit but if you get hurt just pour some Smirnoff to disinfect the wound. Life hacks baby.”

Lemmay: “Vodka would probably be my pick. Definitely mention that it’ll burn so they don’t start panicking and say it’ll be as if they switch to the mentality of their four-year-old selves. Although I’d have a lot of things to ask them before introducing them to alcohol.”

Lemmay: “I find that extremely disrespectful to pina coladas.” 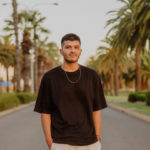 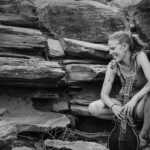