Sometimes an album comes along that just fits the moment and What A Time To Be Alive, the second offering from Australian death/grindcore collective Werewolves is precisely one of those records. The follow-up to their vile The Dead Are Screaming debut, this is the album you need to put on if you’re feeling the urge to stove in someone’s head.

Honestly, it’s hard to put into words how truly violent this album is. Opening with the delightful “I Don’t Like You,” it’s a track that pretty much sums up this release with four minutes twenty-five seconds of unbridled hate. “I Don’t Like You. Fucking Hate You!” screeches vocalist Sam Bean topping that with a bile-drenched “If You Were The Last Person On Earth I’d Fucking Kill Us Both.” It’d be fair to say that, within the first thirty seconds of this album, Werewolves have set the tone for what is to follow. Bleak, hostile and utterly unrelenting, the Australian outfit smashes through track after track of black-hearted hate from the grinding “Mission Statement” to the outright savage “Unfathomably Fucked.”

The soundtrack to the planet collapsing around you, What A Time To Be Alive is a terrifying demonstration of what the past twelve months have done to people. A savage outburst of rage, each song, from “Crushgasm” to “Antisocial,” is a seething onslaught of violence and hate. Yes, occasionally the grinders drop in the kind of mosh parts that are built for nasty pits but, on the whole, from the acid-laced vocals to the unrelenting, breakneck drumming, What A Time To Be Alive is just non-stop violence. And it doesn’t let up. At all. Ever! “Traitors and Bastards”? The musical equivalent to having your head stamped on. Over and over again. “A Plague on All Your Houses”? More of the same but even heavier.

Then, as if to really mess with your head, “They Will Pay with Their Own Blood,” the album closer, offers up a more restrained groove. Don’t get comfortable though because, just as you think there is going to be some respite for your pulverized ears, the Aussies return to form kicking the last ounce of life out of your miserable, battered body.

The last twelve months have been truly shit for many people and the next twelve don’t look like they’re going to be any less shit. What A Time To Be Alive is what happens when that anger and bleak, hopeless nothingness that many people are feeling about life at the moment is given an outlet. What A Time To Be Alive is the kind of album that epitomizes life in 2021 but, if we’re all “Unfathomably Fucked” as Werewolves would have us believe, there is no more perfect way to go out swinging than armed with this blacker than black “fuck you” of an album.

What A Time To Be Alive Track Listing:

1. I Don’t Like You
2. Sublime Wartime Voyeurism
3. Mission Statement
4. Crushgasm
5. Unfathomably Fucked
6. Antisocial
7. Traitors and Bastards
8. A Plague on all Your Houses
9. They will Pay with Their Own Blood 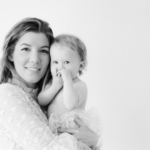 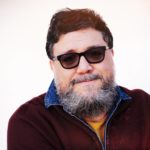