We hope you’re “Doin’ Fine” today because singer-songwriter Cawfee certainly is with the release of the brand new music video for his latest single. A laid-back affair, you get to witness the youthful and talented Athens, Ohio native freely swaying his way through an empty country field, with rays of light trying their very best to radiate through the cloudy skies. It’s a visually appealing introduction to the still-emerging Cawfee and his silky-smooth vocal style, with “Doin’ Fine” the follow up to his debut single “Behind My Eyes.”

“The music video for this song was simply a means to an end visually,” said Cawfee. “My friend offered to film a video for me while he was in town. We spent a day filming at two different locations, getting shots we felt would convey the emotion of the song rather than the actual story and lyrics.”

To tell us more about the motivations behind the song, Cawfee added, “‘Doin’ Fine’ tells the story of a past relationship from its beginning to its end. The first verse describes how when two people met, they weren’t looking for anyone or anything and were doing fine on their own. Once the two did meet though, almost in an instant, they both already knew that they wanted each other and that there was something forming between them. The second verse describes how at the end of the couple’s relationship everyone could already see the distance growing between them and that it was inevitable to everyone that the relationship was at its end.

There’s a very noticeable psychedelic element to Cawfee’s songwriting, which is influenced by his somewhat recent introduction to the rock and pop of the 1960s and 1970s. There is also a heavy dose of modernity in his sound, which you could liken to some of today’s more popular, psychedelia-inspired artists, such as Harry Styles and Tame Impala. Skilled at writing, recording, and producing, there’s a vast yet intimate quality to Cawfee’s sound, with his intention to make you feel like you’re right there in the room with him.  With two singles now released, he continues to work on his debut EP, which drops on March 14th! Judging by his first couple of singles, let’s just say we have a good feeling about what’s to come. 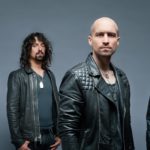 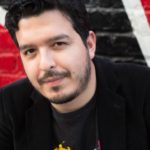