Stone Cottage Studios, a Colorado-based Music Discovery Platform in support and promotion of local and visiting musicians, is hosting a live stream concert with local band Dave Tamkin & Co. on February 27th. Dave Tamkin, alongside band members Brad Huffman and Chadzilla, will be raising money for Red Cross Colorado to aid families affected by the recent Colorado wildfires. In addition to donating to the Red Cross, the group will be working with Emergency RV to showcase their non-profit efforts in helping families displaced by the local fires to have a roof over their heads.

Heavily influenced by the CalWood Fire in Boulder in 2020, Tamkin, Huffman, and Chadzilla each had musician friends with families who, unfortunately, lost their houses to the largest fire Boulder County has ever seen. Combining that experience with the knowledge that wildfires devoured over 400,000 acres in Colorado alone last year, this group of musicians was eager to use music as an uplifting resource to help their local communities. “As musicians, we can really make an impact on people’s lives in many ways, not the least being entertainment during these strange times,” says Chadzilla.

The show will be an innovative live streaming production, featuring 1080P video and audio for the highest quality viewing experience and one of the first live performances for the band since quarantine began. Dave Tamkin & CO. are looking forward to showcasing a few new tunes with an energetic show as they finally return to the stage to fans all over the country…. even showing up on a few screens in London and Dublin.

“Stone Cottage Studios does a great job of allowing us to communicate with our viewers during the live stream and even offers a chance to do a virtual meet and greet after the show,” says Tamkin. “Not only do they do excellent production, but their team is also full of musicians and artists and they treat all their guests with grace and respect. It’s nice to see a studio bring so much light in a time where it’s easy to get distracted by the dark.”

Fellow musician and member of the band, Brad Huffman remarks on what this show means for him saying, “The past 11 months have been a period of introspective reflection. Learning about what really matters in life, showing me new perspectives, creating value in some of the things and activities I once took for granted. I am excited for the future for the first time in months, and a major driver of this newfound inspiration is the hope that musical collaboration will once again be a part of our lives.” Like many musicians, Huffman is “looking forward to being able to experience the passion I have for music again not only in performing in front of a live audience but also to support our musical community by being a part of the audience.”

Much like this show, Stone Cottage Studios has been hosting a series of live stream performances to showcase local talent and provide a resource for live music in the Boulder community, while also finding ways to give back to the community. Local companies Breckenridge Distillery, Colorado Teardrop Camper, and Sagamore Spirit Rye Whiskey have stepped up to sponsor the show and help give back as well. “When they heard we were donating some of the proceeds they were more than happy to sponsor the show. We couldn’t be more grateful to them as we know this isn’t the greatest time for establishments that have in-door dining,” says Tamkin. Fans can get tickets to the Dave Tamkin & Co. live stream and show their support here. 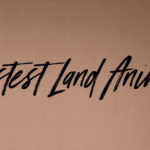 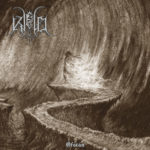