Is life getting you down? Looking to experience something hypnotic? Mesmerizing? Perhaps soothing? Well then, let’s get you familiar with SleapingDreaming and their fresh new single “Ring of Fireflies.” Off of their upcoming new record M. Inlemens, due out on March 26th, the song has a pensive, dreamy character that will draw you right in with its complex soundscapes.

There’s much more of this to come on M. Inlemens, an album recorded in May of last year when the band had more time than they wanted to on their hands thanks to the outbreak of the coronavirus pandemic. Predominantly instrumental, the songs are slow-moving and dense in nature, and much like “Ring of Fireflies,” layered and hypnotic.

To clue us in on what the band was going for with “Ring of Fireflies,” drummer Brian Clemens said, “Like much of the lyrical content on the album, it ties back to a sense of dreamy detached surrealism. But in this case, the song is also about ownership of one’s inner angels and devils. The idea being that while one pulls you forward with niceness and love (angels) and the other kicks you in the teeth and abuses you (devils), both ultimately result in you being better and stronger.”

Based in Brooklyn, SleapingDreaming is difficult to pinpoint on the genre spectrum. You could view them as a mishmash of post-rock, shoegaze, and post-metal, with a heavy emphasis on experimentation. Toying with the limits of sound and texture was the original motivation for starting the project. Rather than a set lineup, the band was initially a sort of informal musical venture that consisted of several contributing members. As the project evolved, it became more of a traditional band, with Clemens on drums and electronics, and Tim Porter responsible for creating guitar-based sounds. Initially a duo, Clemens and Porter welcomed bassist John Loggins to the fold in 2017 to help create a more expansive sound that wouldn’t be as restrictive. Since Loggins joined, the arrangement has been one of a more traditional band, making very untraditional music.

That’s just the way the members of SleapingDreaming want it though. The status quo is boring to these guys. To them, it’s all about thinking big and throwing limitations out the window. 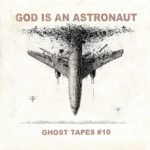 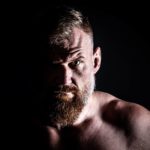