For those of us who imbibed, the original music scene was thriving. The hair band era was ramping down, the grunge generation was revving up and the “Sunshine State” had become recognized widely as a hotbed of exciting, soon-to-be-signed groups — including the rather peculiar collective, Marilyn Manson and the Spooky Kids and the industrial-driven hard-core act, The Genitorturers. Even my own band, Dead Serios, was creating quite a ruckus on the scene at the time. Leading the pack of promising up-and-comers was Saigon Kick.

Conceived during the golden days of beautiful boys, gorgeous girls and shiny songs, the four-piece combo was later birthed in the smoke-filled, whiskey-soaked, neon-lit rock clubs of South Florida. Don’t forget to tip your bartenders and waitresses…

Donning Dr Martens and black leather jackets, while draped with rosary beads and sporting super-long rock star coifs, the band oozed mystique — projecting the confidence of a unified, laser-focused street gang — hitting the stage with all the door-breaking intensity of a battering ram. An added bonus — they had songs — great songs. For those of us who imbibed, it was a no-brainer when the band was bumped to the front of rock’s overcrowded “deli line.” Now serving #274! In short order, Saigon Kick signed the ever-coveted major label deal. And 30 years ago this month (February 12, 1991), their self-titled debut dropped worldwide via Third Stone / Atlantic Records.

Described best (by me) as an explosive exchange between commercial pop and underground rock during a deep-tissue group therapy session, the album, Saigon Kick refused to be trapped in a box. As a result, the band and its music were (and arguably remain) victims of mistaken identity. In fact, to this day, the Saigon Kick Wiki page refers to them as a “glam metal band.” While they certainly did look marvelous, Saigon Kick was NOT Poison. Musically, the band was more in sync with such hard-hitting, hook-heavy and oft misunderstood contemporaries as Jellyfish, Life, Sex and Death and Electric Angels.

The record’s black and white cover design was as striking as the music itself. Penned by co-founding members; frontman Matt Kramer and guitarist Jason Bieler, the 14-song set made for a crazed cocktail of massive-sized melodies, turbo-charged riffs, rock-ribbed rhythms and heart-stopping poetry. Like faint rainbows caressing the skies.

Overseen by celebrated producer, Michael Wagener (Dokken, Warrant, Stryper, Great White, Skid Row, Extreme, White Lion), the album burst at the seams with noteworthy standouts. A dark and brooding opener, the psychedelia-tinged “New World” proved a stylistic yin to the energized yang of the irresistible video single, “What You Say.” Rife with fire and fury, “What Do You Do” hit like a 20-pound sack of taters, due largely to Phil Varone’s monster drum work — and they’re still calling me a faggot! Driven by Tom Defile’s throaty bass chug, “Suzy” was bathed beautifully in Beatles-inspired allure and reinforced by thick walls of guitar riffage.

Dig if you will, a picture of Chris Cornell and C.C. DeVille convening for the weekend (circa ‘90) to collab on a tune. And maybe that guy they met at the club the night before stops by to drop off a lil’ something. In that scenario, the result could have been, “Come Take Me Now.” While highlights certainly abound throughout the record, this track shines brightest. Truth be told, it could be argued effectively that this chilling, acoustic-based epic is THE strongest, most compelling entry in the entire impressive Saigon Kick catalogue.

The record would produce promising results. Ultimately moving a reported 100,000 units, it paved the way for the band’s gold-selling 1992 sophomore slab, The Lizard, and the Top 20 companion power ballad,  “Love is on the Way.” However, 30 years is a long haul. Times change and trends come and go. But for those of us who imbibed, Saigon Kick remains a spectacular, timeless piece of work.

*This “Retro Album Review” installment marks the launch of the third year of my weekly V13 column. Since its inception WAY back in February 2019, I’ve celebrated the anniversaries of nearly 100 albums, from rock and metal to pop and R&B. In 2021, I hope the series continues to be as fun to consume as it’s been for me to create. 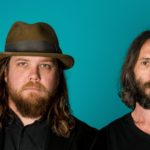 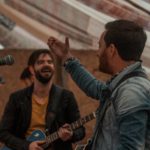