The thing with bands like Brazilian thrash outfit Nervosa is that you know you’re going to always get what you expect. You should already be prepared for Perpetual Chaos before you’ve even hit play on this, their latest thirteen-track disc.

Four albums into their career now, the Brazilian thrash machine show no signs of letting up as they batter through this forty-five-minute affair. Vicious from the outset and picking up influences from the early European thrash scene setters like Sodom and Destruction, the album pummels into life with the appropriately named “Venomous.” A neck-snapping opener, “Venomous” is just under four minutes of ferocity and the perfect appetizer for what is to follow. Raging through the ferocious “Guided By Evil” and “People of the Abyss,” by the time the album reaches the title-track, the sheer momentum alone has carried this unrelenting assault through to breathtaking levels.

The title track sets things up nicely for a truly special midsection if you’re an old-school thrasher. Not just content to pay tribute to the early legends, the Brazilians are joined by a selection of their heroes. Entombed A.D. guitarist Guilherme Miranda joins them on “Until The Very End” while the vicious “Genocidal Command” features guest vocals from Destruction’s frontman Schmier with Flotsam and Jetsam frontman Erik Knutson picking up guest vocal duties later on in the album for the scathing “Rebel Soul.”

Prior to the album, guitarist and founding member Prika Amaral took the brave decision to replace the entire band. Surely a decision that wasn’t taken lightly, thankfully for Amaral, it is one that has paid off. Surrounded by a solid band, Perpetual Chaos sees Amaral and her new bandmates hit the ground running and at pace, something that must have been a relief for the guitarist. Of course, you won’t find anything new or earth-shatteringly original from the Brazillian band on here but, let’s face it, the thrash scene was, has and always will be more about neck-wrecking, pit-slamming violence than originality and, on that score, Perpetual Chaos delivers the goods. 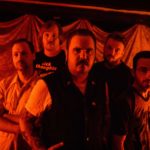 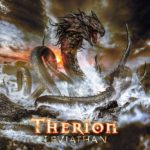