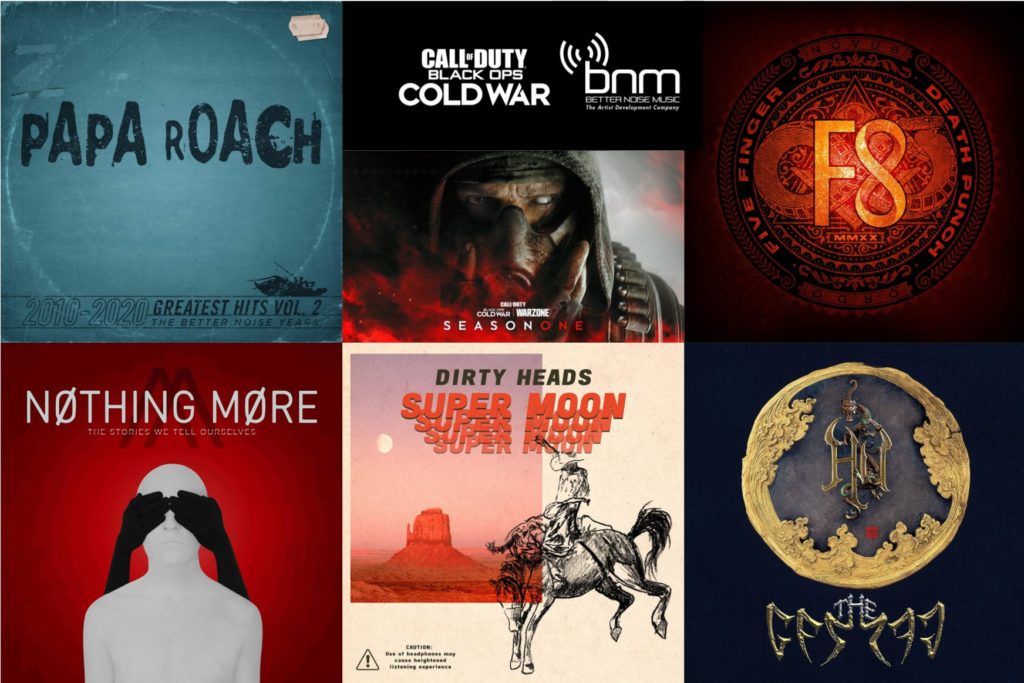 What goes together better than video games and rock n’ roll? Nothing! Since its November release, Activision’s Call of Duty: Black Ops Cold War has not only become one of the best entries in the Call of Duty series, but also one of the biggest games of the year. Occurring between 2010’s Call of Duty: Black Ops, and 2012’s Black Ops II, the game takes players back to the early 1980s when the Soviet Union was intent on swinging the balance of power in their favour. It’s an intense first-person experience that’s an absolute rollercoaster ride of fun, excitement, and surprises.

It’s no secret that when it comes to alternative and hard rock, few record labels have been delivering better than Better Noise Music. Founded as Eleven Seven Music in 2006, the label has been consistently pumping out some of the best releases from your favourite bands, with a roster that is essentially a who’s who of today’s top artists. From All That Remains to AWOLNATION, to Five Finger Death Punch, to In Flames, to Nothing More, plus so many more, Better Noise has got one of the most dynamic lineups of new rock artists.

You may be wondering why we’re talking about Call of Duty and Better Noise!? Well, it’s because we are running one of our biggest contests yet that will see the two worlds of first-person shooters and rock n’ roll collide!

– 1 Copy of Call of Duty: Black Ops Cold War (delivered as a code for download. Will send Xbox, PlayStation or PC-based on winner preference.)

– 1 Copy each of Better Noise Music Participating Artists/Albums. (Total of 5 Albums for each winner)

Fun Fact: We created our very own Spotify playlist, featuring select songs from each of the above Better Noise artists. We encourage you to follow our playlist and share your very own playlist using songs from these awesome bands.