Somehow it’s always the duos that manage to make the most noise… Proving this once again is the British pair MASK who have unloaded the music video for their brand new song “Get On Your Knees.” This is a hard-charging tune with an equally intense performance video, featuring the guys pouring their heart out in, let’s say a “fiery” display of passion and exquisite musicianship.

“Get On Your Knees” is the follow-up single to the recently released “Smiling Assassins,” which will both be featured on MASK’s forthcoming brand new album Glamourpuss. The record will feature much more of the fierce hard rock, blues hybrid sound that you’ve come to know from them since the release of their 2018 debut album The Famous.

There’s quite a story behind the writing and recording of “Get On Your Knees” and Glamourpuss, and here to recount it to us is lead singer and guitarist Rob H. Humphrey. “Sometimes, when you record and release music, it can become rinse and repeat, and I could feel myself slipping into the trap,” Humphrey said. “To shake things up and refresh, I took myself off to the jungles of Peru. I cut myself off from technology and completely starved myself of anything resembling music. Having lived the existence of a monk for three months (no alcohol, no sugar, no caffeine, no sex!) I returned feeling recharged and ready to rock n’ roll!

Sadly our producer Michael Mormecha had moved his recording studio, and it was pretty much just a building site. I had to pester him with all my newfound enthusiasm to try and lay down some tunes and thankfully I managed to win him over, and we set to work. Hanging microphones of make-shift ceilings and recording the drums amongst scaffolding gives this track such a rawness and a power that you just won’t get with ‘treated’ studios.

‘Get On Your Knees’ was the first track we put down out of this batch of songs… Hearing the hiss of that valve amp starting up and playing my first big guitar chord since my hiatus was like a shot of adrenaline straight to my chest!”

He continues, “During my time in the jungle, someone lent me a book on working with the shadows of ourselves. Our dark side. It turns out when looking at mine that I have an absolute beast in there, and that’s where this song comes from. It’s about defiance, frustration, rage, and setting boundaries and no uncertain terms for anyone, myself included. Based on this, it made total sense to me to add the famous Martin Luther King on the intro.

My goal with this track is to awaken the beast in all who listen to it, to embrace our inner-Viking… Having privately listened to the song myself for a couple of months (my favourite part of the music process is owning it before it’s released) I can say it is best served loud, with headphones on whilst strutting the streets!”

The relationship between Humphrey, originally from Belfast, Ireland, and Craig Coppock, of Liverpool, England, extends back to 2005. The two met through a mutual friend and a friendship developed over their shared affection for classic British rock like The Beatles, The Rolling Stones, and The Kinks. It wasn’t until a dozen years later though that Humphrey started writing original material for the duo, some of which ended up on their 2017 debut EP The Truth. The Famous further developed their gritty, bluesy sound, which also blends in the appeal of modern indie rock.

Rock n’ roll was always meant to be a little dangerous. MASK is all too happy to remind you of this! 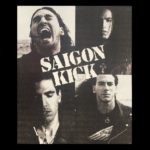 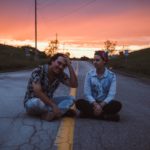