Fresh off the cusp of 2 #pinkfridays vol.II singles, indie-alternative artist Sasha Smith is ringing in the new year with another installment of the collection. The third single, “been waiting so long” released on January 29th and sees Smith in a raw and sincere expression of loneliness and invisibility. A song about waiting, about isolation and loneliness, about feeling lost and falling into despair, about the odd glimpse of hope that comes and goes – “been waiting so long” channels Ray Lamontagne and Chris Cornell as the musical landscape evolves throughout the song to reflect the natural experience of feeling loneliness and looking for hope and salvation.

“The song’s a little like screaming out into a void. I’m not expecting anything to come back or change; not even anyone to hear me or help me,” says Smith. “It just serves the need for an outlet for all the emotions that rack up year after year of trials and failures.” This single is the first in a trifecta that explores death, insecurities, and angst. The next two tracks planned for release will continue to explore and develop these themes.

“been waiting so long” is the third installment of #pinkfridays vol. II – a concept created by Smith to create music and stories without the full commitment of an EP or LP. The #pinkfridays are collections of songs – released on Fridays – that find their way together perfectly in these mini-projects. When Smith is in between bigger releases, he finds himself in #pinkfridays. “It’s a great way for me to explore ideas as an artist and blend all the genres I like making music in,” says Smith. “That’s why I can go from an r&b-pop track to a rock song or to a lo-fi bedroom pop release, and it still works.”

Sasha Smith is a self-made artist born in San Sebastián in the Basque Country in Northern Spain. Smith was brought up speaking English at home, Spanish while playing in the street, and Basque at school. “I’m a mix of all these different cultures that come from my family and where I’ve lived,” says Smith. “I have family spread out across the globe, from Australia to Argentina.” After receiving his first electric guitar at the age of 13, Smith was hooked. He fell into the craft of songwriting and felt deeply inspired by legends like John Frusciante. He released two EPs with his indie rock band BASIC in 2014 and 2015. He then went on to release solo work: Hyperpop 1.0 in 2018 and #pinkfridays vol. I in 2019. Hyperpop 1.0 is an EP of 5 tracks while #pinkfridays vol. I is a collection of singles. 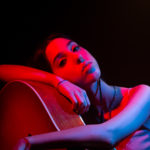 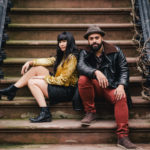