Guided by artistic desire and tremendous curiosity, Robert Lundberg has become a highly regarded photographer and filmmaker, lauded for his innovative and versatile documentaries covering music, comedy, art, and film. After spending his youth in Massachusetts, Lundberg moved to New York City where he could more actively pursue a full-time career in art and film. An individual who is always seeking out the next artistic challenge, Lundberg chose to pursue one of his most ambitious projects at the beginning of last year when he launched his new documentary series entitled Uncontaminated Sound – The Interviews.

Debuting last February, the series follows comedians, musicians, fine artists, and actors with his primary goal to gain a particular insight into their creative processes which can only be fully unravelled by truly going behind the scenes. With Uncontaminated Sound, Lundberg’s attempt is to offer an intimate look into all of the rarely seen or known “little things” that take place during interviews and other similar social and private interactions with artists and performers. These features are often unduly edited, offering viewers only individual, preferred moments that are often heavily vetted by producers and editors. But that’s not how Lundberg likes to go about his work. His chief endeavour is to bring you all of the real, raw, authentic moments that you would never otherwise have the opportunity to experience and enjoy.

The year 2021 has arrived, and Lundberg has picked up where he left off at the end of 2020 with another new edition of Uncontaminated Sound – The Interviews. For episode 23, Lundberg spent nearly an hour chatting with the talented and delightful comedian Mike Cannon. Their chat was something of a follow-up to their previous conversation which also happened to be the inaugural edition of Uncontaminated Sound. That chat took place in December 2019 at Arlene’s Grocery in New York City and obviously, a lot has changed in that time. Last January, Cannon released his first comedy special titled Life Begins on his own YouTube channel which received an extremely positive response from both audiences and the comedy crowd.

Right after the release of Life Begins, Cannon issued his sophomore comedy album, also titled Life Begins on February 21st via 800 Pound Gorilla Records. The album has proven to be a very worthy follow up to his 2017 debut I Think It Just Kicked In, which debuted at #1 on the iTunes comedy charts, and #7 on Billboard comedy charts. Aside from his podcast, the Irish Goodbye Podcast, Cannon has made a name for himself as a frequent guest on The Jim Norton Show, The Sam Roberts Show, and Barstool Sports Radio, which can all be found on SiriusXM Radio.

Commenting on his talk with Cannon, Lundberg said, “The last time I spoke with comedian Mike Cannon, the world was different. COVID had yet to take us by storm. It was December 2019, when I sat down with Mike in person at Arlene’s Grocery, in the Lower East Side, NYC. This was my first interview in what would become Uncontaminated Sound – The Interviews. External factors changed the course of my methods of production, from camcorder on location to adapting to the nuances of Zoom. Twenty-three conversations later, I wrapped back with Mike to see how he has adapted his craft of stand up comedy, acting, and creating funny ass content to this new world that we all must reckon with.

A world in which we should allow ourselves both to cry and maybe even more necessary
laugh as well.” 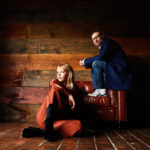 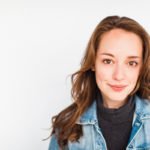