If we ever needed a theme song for this moment in time, Joell Jordi’s “COMPROMISE” would do just fine. In an age where it seems that nearly no one is willing to listen, understand, or adjust their point of view, we could all give a good listen to Jordi who succeeds in acknowledging the value of compromising and seeing things from a different point of view.

The song was written while Jordi was holed up inside with nothing else to do except reach deeply into his creative well. What he’s uncovered is what is, in his opinion, his best work yet, a tune that incorporates ‘90s influences with cosmic synthesizers to conjure up a lively, modern sound that fits in splendidly with today’s indie scene.

Explaining his thought process and motivation behind writing the song, Jordi explained, “‘COMPROMISE’ is a track wrote about what we do on a daily basis, everyday we are compromising and trying to make everyone happy, it was wrote as a feel good song and musically was put together as a big song to sing rock out to and enjoy.”

At 26 years of age, Jordi is just now hitting his creative stride, sounding more capable and confident in his abilities than ever before. Born and raised in Manchester, England, the birthplace of Britpop, the influential musical movement of the ‘90s really had an effect on Jordi and helped motivate him to become a songwriter. By the time he had hit high school, indie rock had become something of an obsession for Jordi and he felt like it was something he’d like to become involved in. By 15, he had picked up a guitar, but frustration with the learning process soon set in and he decided to focus on college. Unexpectedly, a friend asked Jordi if he wanted to join a band which jolted him into really focusing on learning music and songwriting. After about a year, the band members went their separate ways, but Jordi decided to stick with music, exploring new instruments and finding his own voice.

It’s paid off, as Jordi is loving life and showing himself to be a very capable, emerging artist who has plenty more tricks up his sleeve. 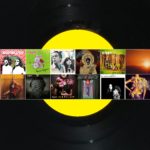 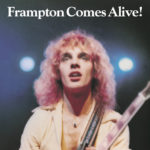