We have an early nominee for best song title of the year with Tigers On Opium’s brand new single “I May Sound Like A Drunk, But I Feel Like A Matador.” The hard-driving new track is off of the band’s shiny new EP entitled 503.420.6669, a title that comes in satin-coloured gift wrapping for all of you prank callers out there.

The EP is coming this Friday, January 22nd via Forbidden Place Records, with seven big new tracks that will be particularly appealing to all of you stoner rockers. The band is starting the year off as enthusiastic as ever, with plans to release more new music in frequent installments, a lot like how hip-hop artists suddenly drop mixtapes when you least expect it. It speaks to the Tigers’ current level of enthusiasm for their music, and how they continue to develop into being an integral part of the Portland stoner rock scene.

With a comment on “I May Sound Like A Drunk, But I Feel Like A Matador,” lead singer and guitarist Juan Carlos Caceres said, “Portland was well known for its vibrantly diverse dive scene. On any given night you could stroll into a dimly lit, musky smelling gem and catch an obscure DJ, drink your weight in tequila, and take on the world. Some nights you just gotta go hard and live fast. Things might get messy, so take another shot and roll with it.”

The roots of Tigers On Opium go back to 2015 when the idea for the band was first proposed. It wasn’t until 2018 that the perfect lineup had come together and the stoner rocking could truly begin. They have conjured up a sound that alludes to an admiration for psychedelia, hip hop, and a love of literature and philosophy. It’s a tough combination to engineer, but the Tigers manage to maintain a gritty sound while also showing an appreciation for great art. This uniqueness sets them above their competitors and has helped them establish a place in the local scene. They have been fortunate enough to play with many of the Portland area mainstays like Hippie Death Cult, LaGoon, Head the Hive, and Disenchanter.

Illustrative of their work ethic, they recorded another new EP alongside 503.420.6669. With much more on the way, the fun has just begun with Tigers On Opium. 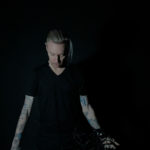 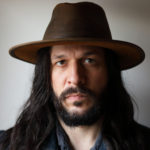