If Alice Cooper is in your corner, then there isn’t much doubt about it; you’re damn good. Such is the case with Sydney, Australia’s Starcrazy, who are setting us all abuzz with their brand new EP Played For Suckers. Due out this Friday, January 29th, we got the exclusive first listen of the EP’s six groovy new tracks. You’ll be entertained by a barrage of infectious riffs, upbeat melodies, and vintage rock n’ roll power from this fiery, up-and-coming quartet, whom the legendary Cooper has given his full vote of confidence to.

Both via his own social media and his syndicated radio show Nights With Alice Cooper, the legendary shock rocker has shown strong support for these four young men. Played For Suckers is the group’s debut release, a reflection on modern reality that draws from the best of 1970s and 1980s glam rock, metal, and more modern alternative rock. It’s all packaged in an easily-digestible 20 minutes of listening pleasure that goes by in a hurry.

Offering some context on this grouping of songs, singer Marcus Fraser said, “Played For Suckers is a collection of underdog songs. Dedicated to hard-working, honest people who just want a fair shake. A reminder that you gotta be twice as good, twice as real. We’re played for suckers all the time and phoney rock n’ roll is a crime.”

They may be young, but the members of Starcrazy have already more than competently grasped the subtleties of classic alternative metal, infused with a glam flavour. Each song on Played For Suckers offers you a little bit different of a listen at where these guys really excel, but “Long Way Home” is the real standout track, featuring Fraser and his saucy take on the Old MacDonald nursery rhyme we all grew up with. What’s truly illustrative about “Long Way Home” is that it shows that Starcrazy is not a group that takes itself too seriously, and they’re able to infuse their music with a sense of levity. The band lists many favourites as influences for their sound, but among the really key acts include David Bowie, Porno For Pyros, Mother Love Bone, and Hanoi Rocks.

With a ringing endorsement already coming from a rock legend, and a catchy debut, the future is looking optimistic for these four young lads from Down Under. 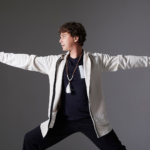