It’s obviously fairly common for musicians to reach a point in their career where they feel it’s time to change things up. Maybe a shift in approach, a new producer, different recording techniques… But it’s much less often that an artist completely reinvents themselves and decides on pursuing a whole new genre of music. That’s exactly what the clever and ambitious Donovan Phillips has done with his new project Donovan Days.

Days is the new moniker that Phillips is going by, an artist you may know better as the Philadelphia-area rap artist iAlive. A longtime staple of his city’s alternative hip-hop scene, Phillips has decided to try his hand at indie-rock with his brand new, self-titled indie debut, being released on January 21st via Cold Rhymes Records.

The rhymes, raps, and samplers have been traded for fuzzy guitars, sweet vocals, and brisk melodies. Phillips has never been shy to experiment with different sounds, but Donovan Days is a move towards a drastic new direction, with songs that smoothly shift in between psychedelic garage rock, electronic pop, and punk-infused art-rock.

Explaining why he felt the need to take his musical career down a very different path, Phillips said, “I have been imagining this musical shift for myself for the past few years. I’ve felt boxed in by genre and creatively stifled by the rigidity people tend to group music into. I needed to change to continue. Donovan Days is definitively my own perspective as an ageing artist but above all, this album is about transition. It is experimental by nature. The songs reflect my fears and excitement of jumping into something new as an adult, spending time there and being musically honest with myself.”

The record is highly melodic and carried by some very clever riffs that range from hypnotic to some head-bobbing moments. Phillips has always been a very emotional artist, and it’s his emotion that carries this record from start to finish, swirling with creativity and imagination. His ultimate plan is to take this show on the road for an expansive tour, but obviously, we got that global pandemic to deal with first. That’s not going to stop Phillips from thinking big though, as he’s already pondering how he’s going to go about touring and what that would all entail.

Never one to be short on energy and enthusiasm, Donavan Phillips is accomplishing what few artists are capable of; devising a totally new sound and actually making it sound good. 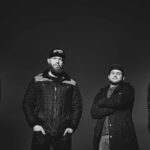 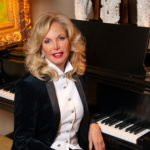