The Cloven Hand, a deviant electronic nightmare by Zebadiah Crowe, is only the first chapter in two EP releases. Drawing from their previous album, Host Rider (released in May 2020), the band subject three tracks to the less-than-tender ministrations of Seething Akira and Gods of Ruin and the result is, well… startling.

Zebadiah Crowe’s embrace of industrial-isms into their blackened punk fury is no novelty: comparisons with the likes of Mysticum at one end of the sonic spectrum and Ministry at the other are accurate. This latest EP, however, delves deeper into the digital realm and the net result is open to debate.

On the one hand, the greater presence of electronics and glitches appeals to my nostalgic side as it quite faithfully recalls the golden years of industrial music. Even the entire concept of a ‘remix album’ is far more in keeping with an industrial mindset than a metal one. It also speaks of a lost art form I often mourn: that of black noize, a short-lived black-metal-meets-industrial offshoot spearheaded by To Mega Therion – itself a side-project of Tyler Viscerine from rhythmic noise legends W.A.S.T.E.

“Wormhaven’s Dance,” the ‘original’ offering off Host Rider is a case in point.

On the other, the virulence and vitriol of Zebadiah Crowe does get lost in translation: while the soundscape presented on The Cloven Hand is undeniably heavy and abrasive, it lacks the take-no-prisoners assault of the band’s black metal upbringing.

“House of Worms,” the revision of the above number by Seething Akira may draw its inspiration from the original material, but the product that spills forth from the diseased womb-mind that spawned the collaboration is an entirely different beast. While the greater synth presence does lend itself to a more nuanced and layered listening experience, there is something to be said for the punk-ish confrontational approach employed the first time around.

And the same goes for the remainder of the EP: less metal, more industrial is the order of the day. This will no doubt generate its fair share of detractors, given the penchant for narrow-mindedness among the more ‘fundamentalist’ musical ideologies, but it will also be a beacon of hope for the few, brave souls willing to expand their horizons and realize that darkness isn’t always a heavy shroud; sometimes, it’s a gentle balm. 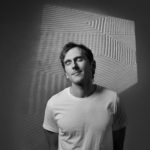