It’s been a while since we brought some funk, so how about we make things a little funky today? That’s right, The Fey are checking in with their new live performance video for “Tear It Off.” Filmed live from Turbine Flats, an entrepreneurial center in Lincoln, Nebraska, this alternative R&B band is getting the juices flowing with an energetic performance of their upbeat new single.

Combining different sound styles and genres such as gospel, funk, R&B, rock, and hip hop, The Fey shines brightest as live performers, with the band well regarded as a premier act thanks to numerous regional tours. Led by singer, songwriter, and producer Zach Watkins, it’s an innovative sound that seamlessly crosses musical boundaries, sharing some similarities with a contemporary version of classic funk rockers Living Colour.

Explaining the line of reasoning behind how they went about filming the live performance video, Watkins said, “In a time where live stage performances to a crowded room in non-existent, all we can do for our fans is create the best virtual experiences possible. We miss the lights, the smoke machines, and the stages full of gear as much as any other live performance enthusiast. So, we dove fully in, tossed out the ‘stripped-down, on the couch with an acoustic guitar’ gig idea, and put together a high quality produced live performance. If there’s one thing to hold true to The Fey, it’s that we’ve always been known to put on one hell of a show.”

While the substance and style of the band is led by the Berklee College of Music educated Watkins, he is well supported by his musical cohorts, lead guitarist Michael Rogers, rhythm guitarist Ludwing Siebenhor, and bassist John Fucinaro. Since the release of their 2018 EP Strawberry Lemonade, The Fey has become well known for rocking the stage as consummate live performers, showing off admirable musicianship and overall musical chemistry that’s often imitated and rarely duplicated. Watkins likes to portray The Fey as the voice of the underdog, standing up for the unheard, for the one who’s etching out their own path forward rather than following the pack. Currently, Watkins and his bandmates are finishing up work on their debut full-length Palm Tree Shade, due out soon via The Record Machine. This is modern music with a retro vibe that will take you places that other musicians wouldn’t dare travel. Fortunately for you, you’re invited to join in on this unpredictable ride. 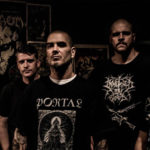 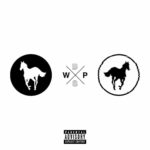