“I could be your doom-boy. We could hold hands. And listen to Slayer in the back of my Dodge Caravan.”

A minute into song one on Fuck Art (shortened down to the more politically correct ‘F-Art’), and, lyrically, I already love it. “Doom Boy” features a killer thrash-metal intro before settling into a NILified power-pop anthem that levies the heavy. F-Art is an album of quaran-tunes only because the eleven songs on the album were written and recorded during this year-of-the-suck. With that said, the record features no songs about isolation, no ditties about the imminent apocalypse; No ruminations on the triumph of the human spirit in the face of adversity. Instead, here are tunes about dysfunctional relationships, getting your bike stolen, idiots on the internet, and the anxiety of entering your 30s (the aforementioned “Doom Boy”). Basically, it’s a thematic Dirty Nil album, and it’s a banger.

Before the guitar recordings, the band had finished the drums and the bass, but Goodmanson had to fly back to Seattle or risk being stuck in Canada. He made the last flight out of the Toronto airport. Everything else had to be finished remotely, sending things back and forth, to avoid delays on the album indefinitely. When things eased up a bit, Bentham began going to TAPE Studio every Monday, Wednesday, and Friday night to record his vocals. It became the only time he would leave the house. Before each of these vocal sessions, engineer Adam Bentley had to sanitize the studio thoroughly. Bentham, Bentley, and fellow TAPE engineer Jordan Mitchell all individually quarantined for all April to ensure they remained healthy throughout the vocal recording process.

When not recording, Bentham, like the rest of the world, was on his computer, watching the toxicity of news-o-tainment and the accompanying dirge of inappropriate rantings on social media. He recalls, “It’s the worst that social media has ever been. It’s never been this toxic and fucking depressing—it’s a flaming garbage fire every day. And yet our lives are kind of dependent on it.” No song exemplifies these feelings better than album closer “One More and the Bill:”

“Gonna smash my TV, smash my phone.
Leave politics alone.
Go outside for a while.
One More and the bill.
I’ve got a lot of things to drink about.”

The bottom line: The Dirty Nil rock and album #3 totally rocks. Where some bands knock out a debut album and chase it with every subsequent release, the Nil keeps surpassing. On January 1st, 2021, when Fuck Art finally gets released, regardless of what’s happening in the world, start your year off right with The Dirty Nil. It will help make whatever comes that much easier. 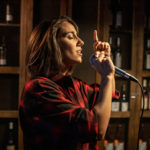 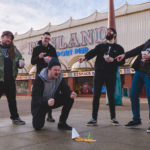