As legend has it, in 1980/1981, The Damned went to Rockfield Studios for a series of sessions that eventually became The Black Album, the Friday 13th EP and Strawberries. Their time on the Rockfield property produced some of the band’s most significant musical moments, along with memorable stories of horses, cows, vampires, rifles, and Lemmy.

In 2019 The Damned returned to Rockfield Studios to record their first new music since 2018’s Top Ten Evil Spirits album. The lineup included three out of the four Damned members at the original sessions, David Vanian, Captain Sensible, and Paul Gray. There was also Monty Oxymoron on keyboards and Pinch on drums. These recordings are the last to feature Pinch, who departed The Damned after their legendary show at The London Palladium last Halloween.

The Damned original bassist Captain Sensible took some time to talk a bit about their Spinefarm Records-released The Rockfield Files EP with us a few days ago. Check out these new songs, available now in wherever formats you engage with new music.

Can you recall what brought you out to Rockfield 40 years ago to record music?

The Captain: “In the early ‘80s, The Damned weren’t the urbane cultured gents they are today,  far from it. You’d see the shock on people’s faces when you walked into a room. We had a bad reputation, not for the rough stuff, but more general carnage. Anyway, it was proving difficult to find a studio to have us in London, so the label started looking elsewhere, ending up in a beautiful part of Wales. But not only did Rockfield welcome us, but they were also very band friendly. And having already hosted Hawkwind and Black Sabbath, they were obviously used to the occasional spot of rock n roll chaos.”

How did you hear about the place initially?

“I’d read an interview with Dave Edmunds where he talked about recording vocals for one of his tracks in one of Rockfield’s tile walled toilets as the acoustics were perfect. I never thought I’d record there. I mean, it’s a working farm, with cows and horses and stuff, and you don’t see a lot of them in Croydon.”

Was it the same studio space as 40 years ago? How much had changed/stayed the same?

“I don’t know why we left it so long to go back to Rockfield. The country vibe seems to inspire us. Certainly, we’ve never made a duff record there, and it was nice to see that nothing much had changed. The courtyard with the studio, stables, and accommodation around it was still the same. It’s funny to think who has stayed in these rooms; Queen, Robert Plant, Lemmy, Stone Roses amongst other assorted legends.”

Would you describe yourself as a nostalgic type? Did you feel like you were stepping back in time in any way while you were there?

“It’s weird getting older; the things that meant something to you start disappearing. The Gloucester pub where, as a young chap, I worked behind the bar? It’s now a Tesco metro. And all those great venues we’ve lost; that messes with your mind. So it was really great to see Rockfield was still the same old eccentric studio on a working farm. The funniest moment had to be Dave feeding the cows, which I’m ashamed to say I didn’t capture to post on YouTube.”

Can you talk a bit about creativity and some of the ways you get motivated to create new material?

“Everyone writes in their own way. My songs are usually just about half-finished. Paul’s are much more complete, but Dave likes to leave it till the very last moment. He will be seen still amending lyrics while at the mic, but his performance on ‘Daily Liar’ was stupendous with improv moments galore. There was a spontaneous round of applause after one take where he came up with some absolutely cracking stuff, all of which made the cut.”

Did you return to Rockfield with demos? Or did you really head there to write?

“Labels always announce a recording session before you’ve got a full collection of material, but it’s fun chopping and changing parts of songs on the fly. ‘Black Is The Night’ was constantly changing throughout the sessions, ending up with an ambient piano section going into a euphoric repeat chorus finale. But this time around, the usual minor key changes to major, giving it a hugely optimistic feel.”

Can you talk a bit about legacy, specifically, being attached to a music movement in the ‘70s that pushed the medium into new territory?

“The way things are going rock n’ and roll is increasingly an endangered species… alternative voices are not going to be welcome on radio/TV so with that in mind, you’d be able to make a case that punk was one of the last great music scenes. Those days may have been a bit rough and sleazy. I mean, I was sleeping on other people’s floors for two years without a penny to my name. But looking back, maybe they really were ‘the good old days.’ But I was only trying to make my life better. Not having much education, working sweeping floors and cleaning toilets, the future looked bleak, and the only alternative I was being offered was to join the army. I had to think of something quick. Luckily punk came along and saved me.”

Following that one, do you feel that a movement like 1970s punk could ever happen again? Music feels pretty sedentary to me these days.

“All these TV talent shows; the karaoke with nasty judges formula, because of that there’s a whole generation of record label staff who’ve never known what it’s like working with real, and occasionally fragile talent. The way many bands be given a decent budget to go into a studio and create whatever music they fancied with no label direction or commercial consideration as would happen in the past. Now, you’d end up with a lot of unsellable records amongst the multi-million sellers but without the risk factor, as gambling on a Kate Bush or a Jimi Hendrix must’ve been. Music is going to bland down. It’s all made on a conveyer belt, all sounding the same.”

How did you wind up with Hans Zimmer working with you on The Black Album?

“‘Dave’s Curtain Call’ was getting more epic by the day, ending up as the whole of one side of The Black Album. He asked the label to send someone to program the synth to interpret the sounds in his head. We ended up with Hans Zimmer, who I like to say we helped on his first step on the ladder to success. Anyway, he got the same treatment anyone else would get, and we undoubtedly introduced him to some choice South London abuse if he was slow while slaving over his Prophet 5 synth.”

Are there any new habits you have found yourself doing during the pandemic?

“I’d not kayaked since a teenager. I’ve been doing that again out in the sea, and I’ve only fallen in once so far. The only good things to come out of lockdowns are reduced traffic on the roads that make cycling around Brighton much more pleasant, and the free time to potter around with song ideas. I bet everyone who can play a few chords is making an album at the moment, so there will probably be plenty of interesting music appearing shortly.” 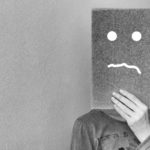 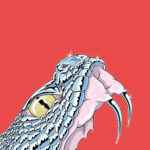