When they say it’s the most wonderful time of the year, they’re not kidding! After what was for many, an exhausting, agonizing 2020, we’re closing it out with something nice and sweet. Michael Sweet, known around the world for his role in the legendary Stryper, is dropping the lyric video for his brand new single “Passion.”

If you’re sitting there thinking, “wait a second, Stryper already released a song called ‘Passion,’” well you would be correct. The song appeared on the band’s 2005 sixth studio album Reborn and since its release has stood out as one of their most popular live cuts. But this isn’t just some rerelease of the original single, this is Sweet putting a whole new spin on the song, with a new rerecorded, reimagined version. With it being the holiday season and with the year that the world has just been forced to endure, it seemed like the right time to do a new take on it, and offer listeners some positivity as they begin to turn the page on a difficult time.

Explaining why he decided to rerecord the song, Sweet shares, “‘Passion’ has always been one of my favorite songs. It’s powerful yet simple and its message is so timely right now. I wanted to release a brand new version of this song hoping that it will shine brightly in a darkened world. I pray that it speaks to you during these troubled times.”

The release of “Passion” comes in anticipation of Sweet’s fifth annual Christmas concert which is set to take place this Saturday, December 19th. While the show has obviously been forced to go virtual this year, that doesn’t mean it’s not going to be a hell of a good time, with Sweet teaming up with VenueNet to bring you a fully interactive live concert experience. VenueNet is a brand new social platform for concert live streaming that connects you to the performer, right from your laptop or mobile device. Sweet’s Christmas concert has become something of an institution over the last few years in the Massachusetts area, but now for the first time, fans around the world will have the opportunity to see it live. The show will feature original music, as well as Christmas classics with a Sweet twist to them. Sweet will be bringing the show to you from the brand new, state of the art Bank of New Hampshire Stage in Concord, New Hampshire. Ticketing information can be found below and purchased here.

General Admission: $10.00
• Access to view the livestream on VenueNet
• Access to watch the Re-Play until December 25th

Front Row: $25.00
• Access to view the stream and, using your devices camera, have your image featured on the fan wall (full stage LED Video wall) that the band will be performing to
• Access to the replay until December 25th

VIP Experience: $100.00
• Access to view the stream and, using your devices camera, have your image featured on one of two freestanding video displays directly in front of Michael that the band will be performing to
• Access to the fully interactive (two-way communication) Post Show VIP talk back session.
• Access to view the replay for an unlimited amount of time.

Opportunities like this are practically once in a lifetime, so make sure you don’t miss out. So put your Santa hat on, turn the Christmas tree lights on, sip a little eggnog, and let Sweet and his band of talented musicians take care of the rest. 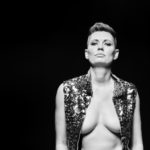 UnCovered: Dinah Thorpe on the Provocative Cover Artwork for Her Latest Album, ‘For The Birds’ 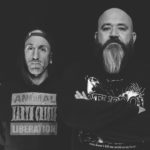