Finnish bluegrass favourites Steve‘N’Seagulls returned with their long-awaited fourth album, Another Miracle, on November 20th via Playground Music. Just before the record’s release, we spoke with the group about the Finnish bluegrass scene, returning to their roots for the new album and whether, following the success of their awesome cover of AC/DC’s “Thunderstruck,” they’re digging the Aussie rockers new album Power-Up.

Thanks for your time. The new record is out next week, what can fans expect from the album?

“Happy to answer your questions. Our new album will be something that will on the one hand surprise, and then also will respect our roots. Plenty of music and good vibes!”

You say that you’ve experimented with different colours and shapes on this record. Can you elaborate on that?

“We wanted to dig deeper into our band and make a better album than before. In terms of pushing ourselves, we wanted to really find the core and essence of every song. Our producer Timo Kämäräinen had a huge role in this process. He really helped us and gently guided us towards finding new tones from our band.”

You started writing in 2019, how much of the material was completed before the coronavirus lockdown?

“We actually recorded the whole album just before lockdown. We were supposed to start touring Finland right away. We managed to play two gigs and after the 14th of March the shit hit the fan.”

You stated that you felt you were on the verge of something new and exciting. What was it that gave you that feeling?

“Well, of course, the fact that there are half covers and half originals on this album. Also, our lineup changed a bit on this album. The new bass/drum connection Jamppa on bass and Skubu on drums definitely made a difference on this album. We also feel we were more relaxed and open towards music during the whole process than before.”

And how frustrating is it now that, being on the verge of something exciting, lockdown and COVID-19 has happened?

“Very. We had to postpone our Europe, Australia, and North American tours. We were really looking forward to playing the new songs live everywhere and meet the fans again. Also, our management and booking agents did an awesome job with the tours. A lot of extra work for them too. But we have some new ideas for this time too!”

To celebrate the release of the album, you’ve got a virtual launch show. What have you got lined up for that? (Check out the launch show here).

“Well, it is a live show and live stream combined. So within the rules and regulations here in Finland we also will have a live audience. Let’s see what happens. New songs for sure.”

The band got back together and you say you felt energized and fresh. Did that feel like a new start for the band?

“In a way, yes. The lineup change had a big role on that but also, coming out from the studio and almost right after that the lockdown. When we got to the first gig after that we felt pretty damn good.”

What was the writing process like for this record and how did it feel stepping away from your roots to write something different?

“It felt good. All the way from the beginning of the process the atmosphere was very relaxed and open to all ideas, musical influences, and discussions. The pre-production was longer and more focused than before. It felt very good all the way.”

To find those new colours and shapes, where did you look for inspiration? Will this be something you try again in the future?

By exploring new avenues, what did you learn about yourselves as a band?

“Maybe the fact that we can endure a long process and still keep it 100 percent fun. Having fun together is a key element in everything we do. Also that nowadays we can have really tight and serious conversations of different musical choices and still come up with the best one with a good consensus.”

You’re well known for your various covers. Are there any more lined up? Who is on your hitlist of artists to cover?

“Half and half on the new album. You’ll all find out when you listen to the album. In the future? We don’t even know. Nobody does.”

“Thunderstruck” is one of your most popular covers. What do you think of the new AC/DC record?

“I’ve only heard the singles and really liked them. Those guys are just pure rock legends.”

Thanks for your time and good luck with the new record. Providing life returns to normal, what can we expect from the band in 2021?

Hopefully a lot of touring and for sure new videos. Thank you for the interview!” 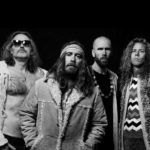 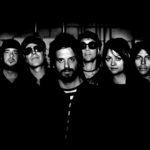