Pop singer-songwriter Sophie Egan released her latest single, “Imposter Syndrome,” on December 10. Egan came up with the song idea when she learned about the term. Imposter syndrome is a psychological pattern where a person doubts their talents, skills, and accomplishments with fear of being exposed as a fraud. People can have imposter syndrome in any situation from work to friendships to hobbies. “I had never heard of it and realized I had felt like a fraud or an imposter so many times throughout my life,” says Egan. “Then I heard this melody in my head and started singing lyrics that ended up becoming both verses.”

She immediately wrote down every thought she had and these thoughts ended up becoming the two verses of the song. Egan brought the song up to her home studio and started mapping the song on the chalkboard wall. Writing and producing all of the music with her brother Harry, they quickly put together a powerful track that not only has creatively unique lyrics, but also impactful and strategic production. “I wanted it to sound the way it feels to be aware of your imposter syndrome but not knowing how to stop it,” says Egan.

The singer hopes “Imposter Syndrome” can provide some kind of light and comfort to those also feeling undeserving or fake. “It’s just an idea that is messing with you and it does not mean you are not capable of doing everything you want to do,” says Egan. The song’s hits deep and is relatable to most people, although the actual syndrome is not commonly discussed. Egan wants to let listeners know that it’s okay to feel frustrated by that mental block. “Imposter Syndrome” is evidence of Egan’s brilliant writing talent and her ability to translate multifaceted human experiences into music. 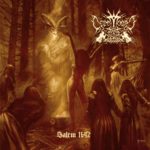 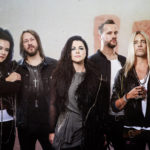