Guided by artistic desire and determination, Robert Lundberg has become a very well regarded photographer and filmmaker, known for his innovative and versatile documentaries covering music, comedy, art, and film. After spending his childhood in Massachusetts, Lundberg moved to New York City where he could more actively pursue a full-time career in art and film. A person who actively seeks out new artistic challenges, Lundberg chose to pursue one of his most ambitious projects at the beginning of this year when he launched his new documentary series entitled Uncontaminated Sound – The Interviews.

Debuting in February, the series follows comedians, musicians, fine artists, and actors with his primary goal to gain a particular insight into their creative processes which can only be fully unraveled by truly going behind the scenes. With Uncontaminated Sound, Lundberg attempts to offer an intimate look into all of the rarely seen or known “little things” that take place during interviews and other similar social and private interactions with artists and performers. These features are often unduly edited, offering viewers only individual, handpicked moments that are often heavily vetted by producers and editors. But that’s not how Lundberg chooses to operate in his creative space. His chief endeavour is to bring you all of the real, raw, authentic moments that you would never otherwise have the opportunity to experience and enjoy.

Here we are, just about at the finish line for 2020 and Lundberg continues to deliver with his latest edition of Uncontaminated Sound – The Interviews. In episode 22, he sat down for an entire hour with record producer, engineer, and multi-instrumentalist Nick Stumpf. While he may be most active now behind the scenes, Stumpf is perhaps best known for his role as the drummer of indie rock group French Kicks. The Kicks enjoyed an impressive run of success in their eleven years together, releasing four studio albums and five EPs between 1998 and the band’s end in 2009.

Since the demise of French Kicks, Stumpf has blossomed as a producer, working and living in Los Angeles. He primarily works out of his own studio that he owns and operates in the Highland Park neighbourhood of LA. Some of the most notable artists that Stumpf has done production work for include Matt Costa, Caveman, NVDES, Peter Matthew Bauer, and Coke Weed. Outside of the music industry, he has also been a very active contributor to developing music for films and television shows such as Seeking a Friend For The End of The World, Sharknado 4, and Beeswax.

With some words on his recent conversation with Stumpf, Lundberg stated, “In the normal fashion of level headed thinking, well, basic logic in fact, or in a random stream of consciousness; if one is in a successful world-touring band like the French Kicks, most would assume a person would continue on such a path. However, Nick Stumpf broke with convention instead, opting to carve his own way as a record producer and mix engineer, seeding the idea first in Brooklyn, then growing vibrantly in Los Angeles. Nick has been successful in every sense of the word. Mixing and recording for music, film, and television, he has collaborated with the very best, including engineering sound for Will Ferrell’s The Ron Burgundy Podcast.

By the time Nick and I connected, it was late September. With half of California on fire, the pandemic in full bloom, our conversation naturally got a little political and eco-system philosophical, as waxing poetics in contemporary times tends to lead these days. More so, however, we dive into the evolution of self, career, and pursuing what at first seems delusional.” 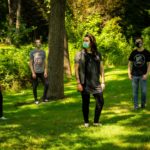 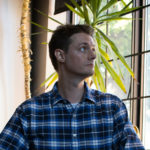 UnCovered: Streets To Ourselves’ Daniel Peachy on His ‘Suspension of Disbelief’ Cover Artwork