As an unclad, staccato synth melody arrives without fanfare, the immediate sensation upon the commencement of Pharaoh Overlord’s latest offering is one of warm, electronic minimalism and retro comfort. It quickly becomes apparent, however, that the Finnish duo aren’t alone in their electro dust cloud and, for the unprepared, a growling Aaron Turner (Isis, Sumac, Old Man Gloom) is an unexpected curveball. The subsequent sensation is almost one of incredulity – this fusion of disparate elements shouldn’t work but it absolutely does – and swiftly progresses to one of indulgence and the satisfaction of having discovered something that simply must be shared with the uninitiated.

With a dizzying discography attached to both this project and to their experimental rock band Circle, Tomi Leppänen and Jussi Lehtisalo (the latter having formed Circle in 1991) are musicians with a back catalogue that finds itself as varied as it is vast, yet the divergent sound of 6 is an unheralded joy to behold post-acclimatization. The sudden interjection of Turner’s vocals feels at once foreign and surprisingly at home amidst the retro-electro cooing of Pharaoh Overlord’s consistently unpredictable existence, with “Path Eternal” paving the way for forty minutes of expertly crafted synth beats and captivating atmosphere, delivering a cultivated listening experience that began with 2019’s 5, an album that saw the then-sextet reduced to a duo and the band’s psychedelic stoner rock making way for healthy injections of EBM and krautrock.

6 immediately feels more focused than its predecessor and, while the addition of Turner as a collaborator certainly feels responsible for that in part, the compositions themselves are the true keystone to the album’s success. “Arms of the Butcher” shifts from whimsical groove to retro ambience, taking Turner’s growls with it as his voice reverberates into the ether, while the restrained urgency of “Tomorrow’s Sun” further invigorates with synthwave chords and nimble BPM.

Album centrepiece “Without Song All Will Perish” (whose title is surely the ultimate distress signal from the music world in 2020) stands tall as an album highlight, its understated nostalgic pulse sitting somewhere between Songs For The Deaf-era Queens of the Stone Age and the theme tune to much-loved 80s video game classic Golden Axe, yet it is the fourteen minute hypnotizing noir of “Blue Light Hum” that takes the crown amidst foreboding atmosphere and bleak, celestial dread, all the while maintaining an uplifting sense of hope channelled through soothing synth hooks and familiar 4/4 repetition.

Far more than vacuous experimentation and avant-garde pointlessness, Pharaoh Overlord has achieved that rare goal of creating a piece of music that feels equally left of field and keenly accessible, constantly shifting between the soundtrack to some existential, art-house science fiction movie and hook-laden electro synth-pop charisma, with the two often combining to create a unique blend of beguiling melody and irresistible intrigue. With the increasing popularity of Ulver’s current Depeche Mode-inspired electronica reinvention, it feels like the perfect time to embrace the crossover appeal of 6 and its unlikely pairing of elements that, for reasons unknown, find themselves in such perfect company. It may prove to be an initially bewildering experience, yet when the disconnections find themselves suddenly fusing together, the triumph of 6 suddenly appears with crystal clarity.

1. Path Eternal
2. Arms of the Butcher
3. Without Song All Will Perish
4. Tomorrow’s Sun
5. Blue Light Hum 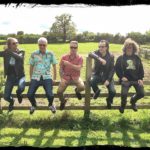 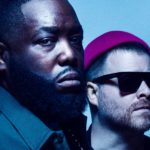