Fast-rising pop-rock artist, Mobley has exploded onto music fans’ radars thanks in large to his politically-charged single, “James Crow.” Now, as Mobley gears up for an early 2021 virtual tour supporting the forthcoming EP, Young & Dying in the Occident Supreme—due February 19th via Last Gang Records—fans can check out a new performance video filmed last year at Cheer Up Charlie’s in Austin, Texas.

Commenting on the news, Mobley said: “As I’m gearing up for my virtual tour, I’ve been digging through footage of my shows from before the pandemic. I put together this video because the show I played last summer at Cheer Ups in Austin is one of my favourite shows ever. I wanted to share what ‘James Crow’ was meant to look like live and how it will look again, once we all pull together and beat this virus for good.”

Tickets for each show will be available via a pay-what-you-can model through the Noonchorus livestream platform with a portion of proceeds donated to each venue to support furloughed staff during the pandemic. Mobley is also excited to announce that he’ll be donating his portion of the proceeds from the virtual tour to DAWA Fund, an Austin non-profit organization providing direct relief for musicians, artists, therapists, service industry workers and social workers of colour. 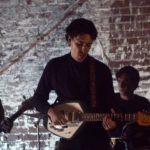 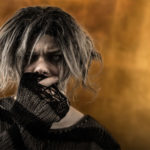 From Slipknot to Billie Eilish; Delving into the Record Collection of GHØSTKID’s Sushi