Even if you haven’t had the pleasure of perusing Tero Ikäheimonen’s excellent history of Finnish black metal, The Devil’s Cradle, it rapidly becomes obvious that this is one of the richest, most multifaceted scenes within the genre. You’ve got acts like Beherit, who went from some of the rawest music imaginable (even played outside of local shopping malls in impromptu daylight gigs) to some of the eeriest electro-ambience ever produced, as evidenced by their latest record, Bardo Exist, and its 1995 predecessor, Electric Doom Synthesis.

You’ve got producers like Werwolf, who made his mark with Satanic Warmaster – one of the most successful examples of one-man-metal in history, with his landmark record Fimbulwinter achieving #14 on the Finnish national charts – and went on to embrace the dungeon synth genre for his other project, The True Werewolf. In between that, you have the no-holds-barred Behexen, whose contributions easily match the likes of Norway’s powerhouse Dimmu Borgir for bombast and depth, the ever-questionable themes espoused by Goatmoon or Clandestine Blaze, the uncompromising anti-religious vision of Sielunvihollinen or the purity and visceral delivery of the almighty necro lords, Archgoat.

The infamous 1990 outdoor show by Beherit.

And somewhere in all that, you have to have Horna. Kuoleman Kirjo is the band’s tenth full-length release, and it more than cements their status as pioneers and trailblazers within what is already a hugely mixed bag of sounds and styles. As is characteristic of the band, however, Kuoleman Kirjo (literally, ‘the spectre of death’) is nothing at all what one would expect. Founding member Shatraug veers away – some would say thankfully – from the ‘forced’ rawness of  2015’s Hengen Tulet, but also doesn’t quite stray into the vague nebulousness of Sanojesi Äärelle (2009). He also doesn’t embrace the punk rock-influenced sound that other Finnish bands like Impaled Nazarene so faithfully employ and the result is… startling.

First of all, Kuoleman Kirjo is possibly the best-produced record Horna has ever made. It’s also one of the most melodic, drawing on extremely strong musicians to round out the Shatraug/Spellgoth core and inject a clear sense of composition. And, last but not least, it is also one of the most overwhelming, brute force assaults Horna has ever crafted. I am not saying it’s particularly heavy or (pardon the oft-abused term) brutal, just that it is relentless. There may be a ‘softer’ touch present in the clearer studio work, but L.H.R. and VnoM lay down such an unforgiving, complex rhythm section throughout that you find yourself begging for a break… until the record ends (nearly seventy minutes later!) and you press play all over again. It is an odd dichotomy, though, because even while your brain is being liquefied from the musical barrage, you’re also aware that this is a hugely dark, moody piece of work – both a possession and a haunting all in one.

One of the more downtempo offerings, “Haudattujen tähtien yönä” amply illustrates the darkness at the core of the album.

What is difficult, though, is isolating any one offering from the whole: where prior releases had ebb and flow throughout, giving ample breathing room, Kuoleman Kirjo tends to one note: full-on intensity. Yes, every single track is delivered with emotion, inflection and character, but the only item on the list that I find myself returning to is the longest cut on the album, “Rakas Kuu.” Perhaps it’s the slightly longer format, but I find this the most layered song with the most voice given to each individual instrument. Following this, the album opener “Satanaan Viha” – an aptly named ode to the dark lord’s wrath – also deserves attention, as it’s such a powerful introductory statement that sets the tone for everything to come.

Despite the unwavering intensity of Kuoleman Kirjo, I can’t bring myself to dislike the record in any way: the clarity of production showcases some really great guitar work and Spellgoth’s vocal performance is the best he has done under the Horna banner. Combined with the technicality of the bass and percussion, this is one of the best-crafted pieces of Finnish black metal ever, even if it is also one of the most exhausting to listen to.

What a way to kick off an album. 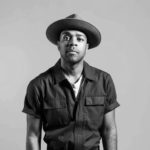 Mobley Takes Us Behind-The-Scenes of His Music Video for the Incredible Single, “James Crow” [Premiere] 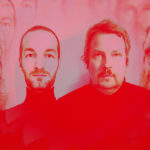