At least something good has come from the pandemic… Amidst the wasted hours and losing track of what day it is, the band Floorbird was beginning to blossom, resulting in the September release of their debut EP, Fall Apart Anywhere. The group didn’t actually start during the coronavirus lockdown, but it only preceded it by a few months with Eric Reavey, Kevin Folk, Drew Grahn, and Tom Brucker assembling in the fall of 2019 to form this indie, emo outfit.

Much of the time since then has been spent carefully writing and arranging melodies, sticking to a disciplined recording schedule, and shooting music videos completely by virtue of the band’s own efforts. Fall Apart Anywhere is 26 slick and strong minutes of pop sensibilities and punk hooks. Lyrically, things get a little more serious, with reflections on mental illness, loss, and love. It’s a strong record that displays awesome musical chemistry, something even more impressive considering the environment in which it was created.

It felt like as good of a time as any to get a little more up close and personal with Floorbird, so we caught up with the band for a special track-by-track rundown where we gained some insight into how this record was written and what ideas helped in it coming to fruition.

“This is one of the more straightforward tracks on the record. In a lot of ways it’s an audit of my own neuroses, the various ways they manifest themselves, and how I choose to deal with them. I’m aware it’s not a picture of healthy behaviour, drinking, paranoia and the like, but writing about it helps. This song also had to be recorded three separate times to get it right, first try was an older recording with a friend of mine, where we ended up with too much of an acoustic feel. The second take was almost finished but about ten BPM too slow. Just goes to show the importance of proper pre-production, I guess.”

“‘Navy Blue’ took more tries to write than anything in our collective lives, about six different drafts of that chorus and three more of the bridge. Weeks of writing up entirely different lyrics to the same melody. It’s a song about communication, particularly in moments when you feel hurt or unheard. In those high-stress moments, discussing, or even understanding, your own internal monologue is too much. It’s overwhelming. That feeling is juxtaposed against the things we do to cope; in this case, it’s healing crystals. My wife makes crystal jewelry, and that creative outlet always calms her when she’s stressed. I’ve always wanted some of that healing energy for myself, but maybe it’s all about creating something, rather than the innate powers of rose quartz or agate.”

“Fun fact: Dun Aonghasa is not 700 meters high. My wife and I met an old man on the train from Dublin to Galway, who claimed it was that height and we took him at his word. It’s closer to 100 meters. By the time I figured it out, the song was already written and I wasn’t about to change it for the sake of accurate measurement.”

“‘Thawing Out’ is probably the most upbeat song we’ve got at the moment. It’s the story of how my wife and I met. I was a busker for a time in college, in a town that didn’t really have buskers. I’d stand in the middle of the bar crawl every Saturday night and play for about four hours straight until 2 or 3 am, until it got too cold outside around November/December. We’d met in passing before, but my last night busking for the year was the first time she and I said more than a sentence to each other. Busking wasn’t financially lucrative, but it still managed to change my life in an incredible way.”

“This one nearly didn’t make the record, but my mom heard me play a draft of it at a bar gig a few years ago and kept insisting I record it. It’s a love story, heavily inspired by Carl Sagan’s theology that we’re a nanoscopic part of a massive, largely uncaring universe; but that doesn’t make our lives any less meaningful. We knew we didn’t want this to be the typical ‘slow acoustic track’ on the album, so we had a blast building ambience in the background to fill out the song. If I had to call one spot on this album my favourite, it’d be the vocoder section in the bridge of this track.”

“‘Blanket’ was a difficult track for me to write, emotionally. I lost my first dog when I was 25; I’d had him since I was eleven. It’s a bit dramatic that my dog gets a song about him when I’ve never written music for my dead human relatives, but it felt like losing a younger brother. Everything was so unexpected, that day kind of felt like a dream and it took a long time to process. ‘I Brought You A Blanket’ is about the full cycle of losing a loved one, not just the day of, but the process of grieving and growing afterward.” 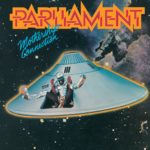