You’re invited into The Throne Room today for a can’t-miss exclusive with the one and only Swandy. The electro-pop enthusiast has released her brand new music video for “The Rebel Emperor,” the first single to come from the new album The Throne Room which is due out on January 28th. Featuring some striking visuals, the video is heavy on symbolism for those with knowledge of the mystic universe.

From The Emperor’s New Clothes to King Midas, there are definitely some metaphors here that some attentive viewers will certainly pick up on. And even, if you don’t, you can at least appreciate the video from a visual point of view with its pretty fantastical and colourful settings and wardrobe choices. The red robe is meant to represent the power, passion, and energy for life of the Emperor card, and the ram’s horns signify Mars and Aries, male sexuality, strength, and aggression.

Offering more insight into the song itself, Swandy offered, “This single is my take on The Emperor card in the Tarot and forms part of a full collection of songs, titled The Throne Room, each dedicated to one of the major arcana due for release on January 28th. To me, this is some of the most significant work I’ve done to date and am grateful for the opportunity to showcase it here.”

Swandy is the stage name of the uber-talented singer and producer Louise Eksteen. Hailing from Johannesburg, South Africa, Swandy is an avant-garde electronic project developed by Eksteen a couple of years ago, with her debut EP The Second Shift issued last year. The Throne Room is set to feature 22 tracks, with each corresponding to one of the Major Arcana cards in the traditional Rider-Waite-Smith deck, widely considered the most popular tarot deck for tarot card readings. Behind all of the concepts and ideas on the album is some brilliant musical artistry indicative of an artist reaching the peak of their originality and wide-ranging creativity. 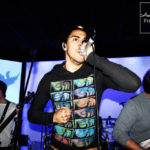 Stereo Six: Cyderian Son on the Main Influences for Their Newest Single and Upcoming EP 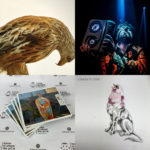 Now & Then: Surviving 15 Years in the Music Industry with Indie Label Reveal Records