I have had many reasons to be grateful to Eisenwald in 2020. I’ve folksy grooved to Osi and The Jupiter, railed with black metal fury at injustice alongside Panzerfaust, and marvelled at the incredible sense of composition shining through Uada’s darkness. And now, to top it off, they have re-released Ceremonial Castings’ 2008 classic, Salem 1692, over an hour of varied, dynamic and (in their own words) “bewitching” black metal.

A small caveat, however, before continuing in my praise of this “lost” gem that has, until now, been notoriously hard to get hold of. Despite stemming from the creative maelstrom that is Jake (yes, Uada’s founder) and Nick Superchi this is not USBM in the same vein and should not be compared with the current high flyers of American melodic black metal. Where Uada describe themselves as “Dissection playing Judas Priest covers,” Ceremonial Castings is contrived, over-the-top and hugely conceptual stuff that has more in common with early symphonic outings like Emperor’s In the Nightside Eclipse.

The hysteria sets in with “The Devil in Salem.”

Expect soaring keyboard arrangements that very often take the spotlight from the guitar/bass/drums setup, as well as a scattering of clean female vocals to offset the standard growling menace, and even some operatics, on top of frigid riffs that readily recall Mayhem’s Deathcrush record. So, even though that may sound like a great combination on paper, in practice it’s an unwieldy beast that isn’t likely to spark a lasting relationship with a younger listening base. No, it’s the ‘90s kids who embraced the likes of Cradle of Filth and Dimmu Borgir that will smile nostalgically at ‘Old Nick’s’ epic and atmospheric keyboard arrangements.

What is also worth smiling at is that Salem 1692 (MMXX) is not just a re-issue of the original record, but an actual re-recording: this directly addresses the major complaint that the album received back in 2008 – the drum tone. While the guitars, keys and vocals received solid praise all round, the rhythm section was often described in more lacklustre tones, some reviewers calling it “awkward,” “uncomfortable” or even just “flat.” The 2020 re-recording is far crisper, punchier and cohesive without losing the slightly unhinged, dangerous and manic ambiance that made the original so memorable.

While individual tracks do deserve call-outs (“The Crucible and the Cross” being my absolute favourite, with its poignant lead work and ritualistic female vocal line, but “Where the Witches Waltz” absolutely crushes) and the effective use of interludes (such as the gentle acoustic flavour of “Onwards to Gallows Hill”) to heighten tension, it’s the album as a whole that really should reap the rewards.

Coming in at nearly 75 minutes, it is not aimed at the tiny attention spans of the Spotify generation. But it is most definitely worth the effort: initial listening may come across as chaotic, even disjointed, but repeat visits reveal the intelligence behind the narrative: the album begins with unbridled, wild and feral gatherings of witches, leading to the more solemn proceedings of the trials and culminating in the sorrow of their aftermath – all tied together with the malice and paranoia that must have typified the actual events. Factor in that the Superchi brothers are descended from Judge Hathorne himself, whose bloodline was cursed by one of the girls he sentenced to death, and you’ve got an added layer of motivation to deliver a powerful and believable selection of music.

So, while Salem 1692 (MMXX) may not be everybody’s cup of tea – the mere mention of story-driven black metal concept albums will make the most necro fan sweat off his corpsepaint – it is still a milestone in USBM history and one worth re-celebrating. Plus, the fundamental concept of witch hunts, distrust and isolation make this one of the aptest records for the year that’s passed – not to mention the interesting times that still lie ahead.

The female vocal representing Abigail Williams on “Obsidian Spells of Hysteria” is just one of many instances where this strategy is employed to perfection on Salem 1692 (MMXX).

1. Beneath the Sabbath Moon
2. Where the Witches Waltz
3. The Devil in Salem
4. Obsidian Spells of Hysteria
5. The Dreamstalk Masquerade
6. The Crucible and the Cross
7. Damned be those of the Craft
8. Onwards to Gallows Hill
9. Stones Upon the Warlock
10. Where Winter Spectres Come
11. The Search for Tranquility

“Damned be those of the Craft” presents a great ebb and flow of mood: from haunting to cataclysmic. 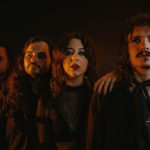 Golden Ones Share a Scintillating Look into Each Track on Their Debut Album, ‘Nowhere Fast’ 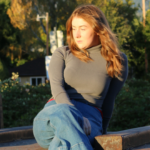