For all of you who try your hardest, stay committed, and remain dedicated even in the face of enormous uncertainty, then this one goes out to you… As Strange As Angels has released their top-notch new single “The Curse,” along with an accompanying lyric video which also happens to be their first-ever. (Check out the video for the popular single “Never Broken” here.)

So much more than just a lyric video, the new clip has a beautiful cinematic quality to it with some very impressive scenic shots that work well within the context of the song and its themes. In recording “The Curse,” the band worked with a seasoned professional in Jimmy Beattie, who knows his way around not just a recording studio, but the music industry. Beattie, the highly accomplished guitarist for heavy metallers Seasons After, also plays guitar on “The Curse,” and has become one of As Strange As Angels most ardent supporters.

Elaborating on the significance of the new single, singer and guitarist Norman Matthew said, “‘The Curse’ is the soundtrack for those fighting and clawing through life. Letting the anvil of negativity and the weight of carrying it go. Searching for peace while finding yourself and destroying your demons and putting them behind you.”

One of the characteristics that make As Strange As Angels so relatable is the honesty that pervades the music. While he may be enjoying some great success as a musician, Matthew is the furthest thing from a self-centred, egotistical rock star. After experiencing some personal turmoil in 2016 that fundamentally changed his life, Matthew didn’t think twice about walking away from his own musical pursuits in the interest of raising his young son. With fatherhood coming first, he recalibrated his life so that it would allow for more time with his son which meant As Strange As Angels was put on the backburner. Instead, Matthew focused on running his own recording studio and writing for other artists.

The stress that Matthew was feeling during this time began to manifest itself in the music he was writing, which reignited his interest in his own recording career. After coming to the realization that he had a voice that he could use to positively influence others, Matthew wrote and recorded the four-track EP Mirror Mirror, some of the most moving songs he had ever written. Both familiar and unique, Matthew is ready to start writing another chapter in the story that is As Strange As Angels, one that promises to extend for many, many years to come. 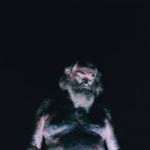 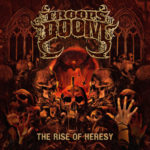