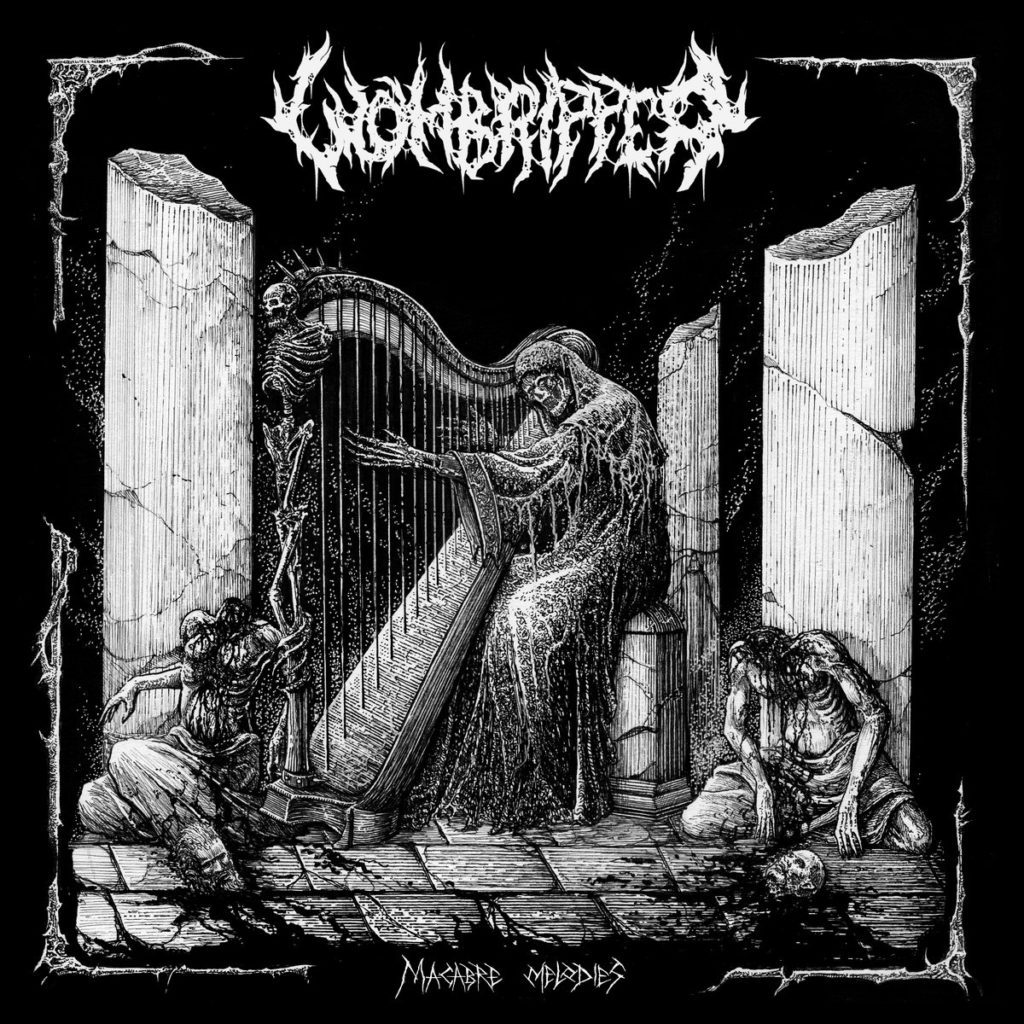 Don’t you just love extreme metal bands with their awesome band names? Cattle Decapitation, Infant Annihilator, Stillbirth, before you’ve even got to the music, you know exactly what you’re going to be putting yourself through. Now we have another name to add to the list. The fantastic Russian three-piece, Wombripper who brings to the table their latest offering, Macabre Melodies.

Describing their sound as “raw and dirty old school death metal,” Macabre Melodie is pure old school brutality straight out of the European death metal scene from the early ‘90s. Imagine if At The Gates’ genre-definer, Slaughter of the Soul, was recorded in the depths of the Russian underground and it might sound exactly like Macabre Melodies. Put it this way, as opener “Possessed by Unknown” finds the musicians rattling through barrages of machine-gun riffery, you won’t be able to contain yourself as your head starts bobbing within seconds. Pepper that with some ridiculous neck-snapping grooves and some old-school Slayer soloing and, well, it’s a formula that can’t fail.

Sure, each track follows the same blueprint, meaning you don’t get anything different on “Shredded Corpse Remains” as you do if you put on “Devastation Into Waste,” but when the experience is this glorious, who cares? Hitting an unstoppable place, the groove on “Obscurity Depths” will give those neck muscles a three-minute workout while “Wicked Breed” is a full-throttle death metal assault of the finest kind. Exactly as they say on the tin, this is a raw and dirty display of heads down extremity. Unpolished and uncluttered, the Russians play it simple and straightforward. They don’t fanny about by trying to be something they’re not. They’re a death metal band, plain and simple, and a very fucking good one at that.

Macabre Melodies is a flawless album from start to finish. It isn’t a genre-changer, in fact, it isn’t even something you won’t already have heard a million times. However, let Wombripper give your neck muscles a pounding with tracks like “Church of Repulsion” and “Already Dead” and you’ll have to admit that there are very few bands that play this kind of old-school death metal as well as these Russians.