Ethereal and elegant are two ways in which you may describe Eden Dawn. This swiftly rising star is right in her element on her latest single “Mirage” for which she has also shot a music video. The song is the title track to her brand new EP, Mirage, which is set for release on December 4th. The anticipation for the release of this six-track effort is quickly rising thanks to three single releases, including “Mirage,” all issued with accompanying music videos.

The video for the refined and delicate “Mirage” takes Dawn out into the wilderness, encircled by trees, leaves, and creeks, where she can be one with her surroundings. There’s both a calming effect to the video, but at the same time, it leaves you feeling a little bit uncertain. It accomplishes everything an effective music video should and it fits perfectly with the tone and vibe of the song.

Explaining the story behind the song and how the video was developed, Dawn said, “The song itself is the end of this character’s journey after trying to find this beach, it’s not really an open-ended conclusion, the beach doesn’t exist, it’s an illusion of what this person wants, an escape. The EP is a reflection of (the COVID-19) lockdown and that need for something different after every day being the same. The video was recorded in this wooded area by where I live, it was a very quick shoot, I had the idea the night before we shot it, the shoot was just me and my partner, and was all shot on his phone.”

Hailing from Plymouth, United Kingdom, Dawn specializes in her own brand of experimental dream pop. Inspired by innovative female artists such as Björk and Leah Dou, Dawn has used the downtime brought on by the lockdown to be as productive as possible, with the upcoming release of Mirage acting as the follow up to her debut EP, Invisible Work, which was released back in July. She wrote, recorded, and mixed every single track on both EPs by herself, with both a testament to her exceptional songwriting ability.

As Dawn alludes to above, the Mirage EP tells a story of a character who’s desperate to find an escape, relentlessly in her pursuit of peace and solitude. An intelligent artist with a high musical IQ, Eden Dawn has found her own escape through her beautiful and divine soundscapes. 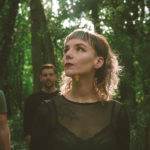 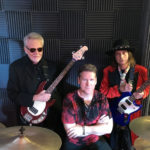