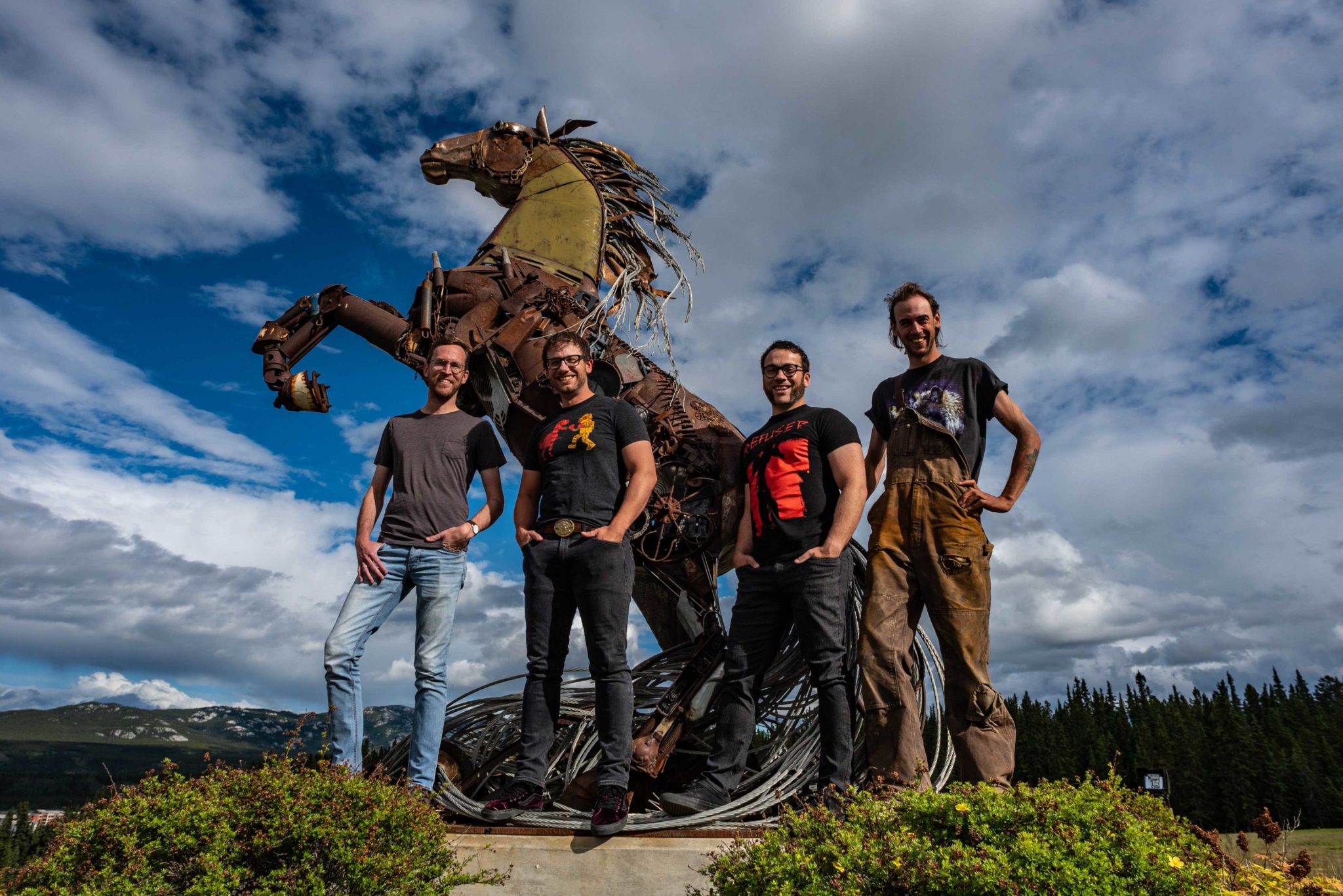 It’s for certain that Speed Control is one of the coolest rock bands you’ll ever come across. How can we be so bold with that assertion? Well, it’s because they can even rock out when the temperature hits levels so low you never thought possible. They’ve had a lot of experience doing so, with their home base situated in the cold, and we mean very cold, confines of Yukon, one of Canada’s three territories where a -20 degree day you consider being warm and cozy.

The band is extremely excited to be releasing their brand new single “Headlights,” the first song to come from their new full-length which they’ve been working hard on. Having been off the road for most of this year afforded the guys the time to focus on songwriting and using their undesired downtime positively. The song is a riff-heavy, bouncy, energetic example of the strong, decisive rock that they specialize in creating.

Regarding “Headlights,” drummer Eric Holland explained, “I just wanted to write a song that people could relate too, you know? Just having a good time and enjoying life. I knew I wanted the song to reflect living in the Yukon, so the lyrics about ‘going to the free store, and buying funky clothes’ (Very Paris Pick, a Yukon musician, inspired) My heart always has a little spot in it that’s still broken, so I sing about the struggle of finding someone who is worth holding on to. Not to sob about my problems but because I feel that people can relate to that line. Beyond that, I’m hoping that people can enjoy it and tap their foot along to it.”

As the drummer, Holland is the backbone of the quartet and he’s joined by lead guitarist Greg McLaughlin and brothers Graeme and Jody Peters, both of whom started Speed Control now a decade ago. Holland and McLaughlin provided new energy to the band which has inspired them creatively speaking. The last three years have been some of the most productive for the band, with 2018 and 2019 seeing them spend six months of each year out on the road. Musically, the band holds Jimmy Eat World, Weezer, Motley Crue, and even Judas Priest in high regard as strong influences.

One of the most distinctive and likable elements of Speed Control is their commitment to education. Sponsored by Yamaha Canada Music, the band conducts workshops and school shows that help provide musical education to young people. That’s not all that’s likable about this rock powerhouse though. Just check out their tunes and you’ll understand why.