2020 is crawling mercifully towards its end. It’s been one hell of a year. Normally, this is where I’d say metalheads might be able to take solace in the arrival of a new Sólstafir album. Unfortunately, there’s not much solace to be found in Endless Twilight of Codependent Love.

That’s not because it’s a bad album. It’s more that solace is not the aim of the game here. Nor is the provision of solace something Sólstafir have ever really been about. Endless Twilight of Codependent Love is bleak. Touching on grief and mental illness, and wrapping such weighty themes up in atmospheric, experimental post-metal, Sólstafir has pushed their own envelope on this their seventh studio album.

Thing is, they’ve pushed it in a weird direction, and that’s even setting aside the problem that familiarity can and often does breed contempt for novelty when long-term fans encounter a band’s newest work. The familiar, enveloping, raw-edged reverb-laden guitar sound that made albums like Svartir Sandar and Ótta instant classics is still present, as are the dreamy atmospherics that Sólstafir conjure so easily. It’s not all new strangeness. But some awkward experimental touches drag the album down from the heights it could otherwise have reached.

For me, the most egregious sticking point is the cowbell in opener “Akkeri.” At 10:10, “Akkeri” is the album’s longest song and, frankly, doesn’t need the cowbell at all. It’s just too loud. Even if it was buried more quietly in the mix, it’s a completely unnecessary sonic texture for the breakdown in which it appears. Letting the drummer – Hallgrimur Jón Hallgrimsson – experiment with percussion flourishes is fine, but this is not a Saturday Night Live sketch: no song has ever needed less cowbell. Its return in album closer “Ulfur” just about works as a quick one-two build to a crushingly heavy moment, but its necessity even there is tenuous. Similarly unnecessary and unwieldy are the spoken word and Kraftwerk-esque synth effects in the opening of “Rökkur.” They’re not as painful on the ears as the cowbell, but in following on from a gorgeous orchestral intro, they do the song few favours.

One of the album’s big talking points is lone English track “Her Fall From Grace.” Sólstafir’s career has not suffered from singing most of their songs in Icelandic. I thus find myself questioning Aðalbjörn Tryggvason’s decision to sing in English here. Purely speculatively, it may be to ensure the song’s subject matter has as wide an audience as possible: it looks at how a friend of the band succumbed to their mental illness. Given how widely spoken English is worldwide, singing in English arguably gives a song like this a wider reach, hopefully spurring much-needed conversations about mental health. The only real downfall of this song is the “nah-nah-nah-nah-nah-now” refrain. It’s awkward and whiny and doesn’t really serve the song in a productive manner. The plaintive guitar melody that drives the song is beautiful, and Tryggvason’s emotive vocal style is perfect for the subject matter, but it is ultimately dragged down somewhat by that awkward refrain.

However, once these issues are set aside, the rest of it is great. The album resonates with heavy emotion, perfectly fitting for 2020, and the band feels comfortable enough in their established sound to play around with it. “Dionysus” kicks off with a blistering black metal attack, lifted from the days of Köld and earlier, all furious riffs and some truly frenetic vocals from Tryggvason. Galloping along with a bassline that would make Iron Maiden proud, it provides a firm shot of adrenaline after the lengthy first four tracks.

Elsewhere, one of the most interesting experimental flourishes is the bluesy intro “Or” – and it really works. It might be a surprise on first listen, but over repeated spins, it’s possibly the most accomplished moment on the album. From the opening honky-tonk piano notes that evoke severely lost cowboys in a frostbitten saloon, the track explodes in a truly emotional moment that then segues seamlessly into the expansive atmospherics we know and love. Perfect – more like this please! Album closer “Ulfur” could have slotted neatly into any of the band’s previous works, with its deft mix of Tryggvason’s delicate Sigur Ros-style vocals and hefty guitars seemingly lifted straight from Köld or Svartir Sandar. But it’s also a brilliant live track. When live shows come back (and they will), it would be criminal to leave “Ulfur” off the setlist: it’s easy to picture the echoes of those gigantic riffs at the climax reverberating through the venue as the band head off before the encore.

Endless Twilight of Codependent Love is a mixed bag, in the end. The bleakness and weighty emotions on display offer the listener little comfort, even if a new Sólstafir album is otherwise a bright light shining at the end of 2020’s dark tunnel. It builds on a well-established sound, the experimental evolution of which mostly works. It’s just a shame that where the experiments fail, they fall hard enough to drag the rest of the album down with them. 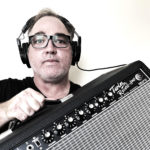 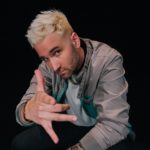