Scuba Cop is the new project for long-time musician Ely Morgan, based out of San Diego, CA and hailing from Colorado. On November 13, Morgan will release the self-titled debut album an album which was recorded by Ely Morgan and mastered by Pete Lyman (Grammy winning mastering engineer who has worked with Chris Stapleton, Tanya Tucker, Jason Isbell, Weezer, Panic! At the Disco, and more.)

Ahead of the release of the album, check out our exclusive premiere of the track “Ghost Town”, a song inspired by the current COVID-19 lockdowns as Morgan explains: ““Ghost Town” is about the strange effect on air pollution across the globe due to COVID-19 lockdowns. While humans were ordered to stay home away from their cars and factories, it offered a break to our trees, flowers, and forests. “Ghost Town” is my nod to Unwound and Interpol.”

With previous bands (GSL’s Die Princess Die, Manta Ray, Goth Jock), Morgan has released multiple albums, been showcased at SXSW twice, and toured throughout the US and Europe. Outside of performing music, he has always played a central role in the local music scenes he’s been a part of, with video footage used in two different documentaries about Bikini Kill‘s Kathleen Hanna, taking part in two different published music books, and booking bands that included Elliott Smith and Fred Armisen.

The self-titled debut will see release on November 13 through Cut Lip Recordings and you can pre-order your copy here. 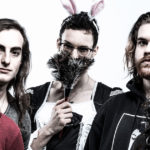 Hactivist, Tallah and More Set for Free ‘Pulse of the Maggots’ Online Fest 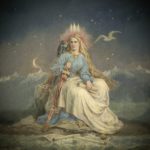